Cheh wah! My post's title sounded like I had a few in my garage! :-p

Anyway, I just had to gloat and show off my Lego Shell Ferrari set, without their fancy RM60 case though, too expensive lah! It was ensemble by my angels and mind you, they argued more than working like a team *slaps forehead*

So proud of the end result though ^.* 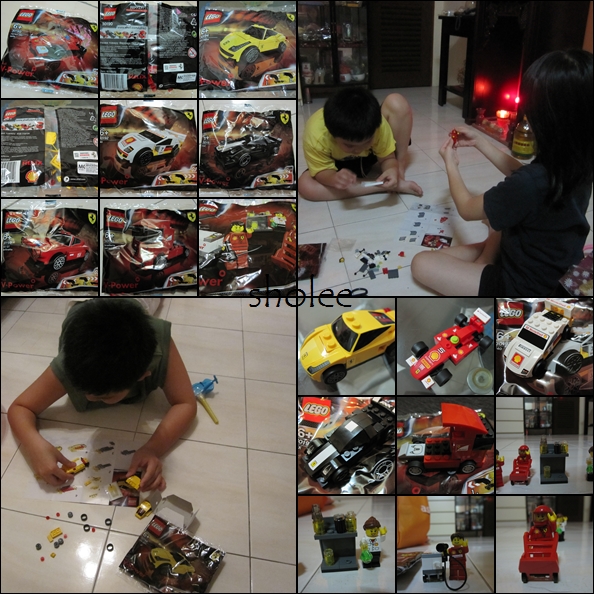 It was fun watching them ensemble it albeit the arguing and tantrums and tears! Yes, tears! That's how loggerheads they are with each other! Pity Mummy, stuck in the middle *head spinning*. Can't side either way or they will throw back 'Mummy always side with Gor gor/ Mei mei!'

Schucks! It ain't fun being sandwiched in the middle o.O
Email ThisBlogThis!Share to TwitterShare to FacebookShare to Pinterest
Sections: Cars, Hobbies