Christmas eve and we actually didn't have any plans where to go ^.^

After a few phone calls to some Western restaurants, we decided to be impromptu and just headed to Tropicana City Mall after work with Angels. Firstly, most restaurants were fully booked. Secondly, some were offering fixed set meals only and no ala-cartes. The best part, most were damn expensive to boot! After walking around TCM, we decided on Japanese food since Princess kept asking for sushi's! It was a good call too since who would go for Japanese on a Christmas eve *wink*

Initially, we wanted to go for Rakuzen but they were not that accommodating especially since we do not have an appointment. Even though the place was vacant/ empty, they didn't want to entertain us, preferring to leave it empty while waiting for their customers with appointment to arrive. Such a GOOD policy for a popular establishment.

We went upstairs opting for Kiku Zakura instead. First time here and they gave us a good impression, greeting us the instance we walked in. We were offered hot towels to clean our hands and some light appetizers to get us going. Honestly, thanks to Rakuzen's 'good' policy, we got to experience better! Lol! 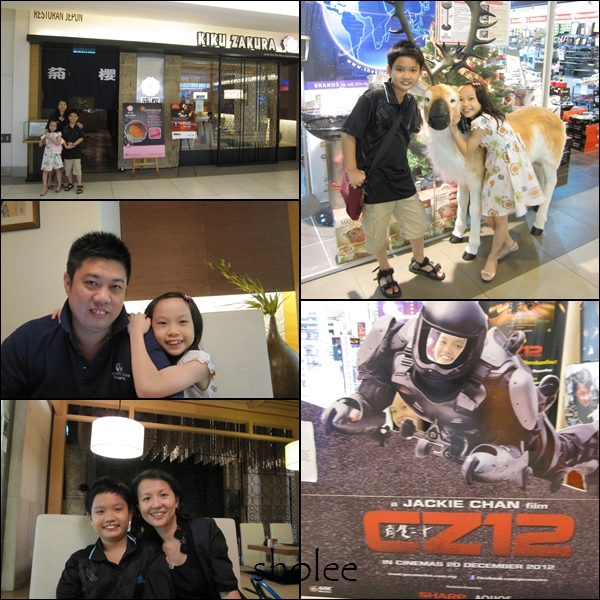 Total bill RM121.80 inclusive of 6% gov tax and 10% service charge. Overly priced a little but worth the service and taste, yummy to the max! Especially the dinner set which was totally worth it! Portion may looked small but it was very fulfilling! Even Tyger couldn't finished his food. Food was delicious if not better! Fresh and tasted just right. Luckily we ordered some to share so as not to waste it!

Loved the ambiance too but not the seating room we got. I mean we had to literally sit on the floor (faked, uplifted) which was a little inconvenience for me as I was wearing a skirt ^.*