Hubby had the sudden urge to eat steamboat so we went to Puchong to scout around. Since it's Christmas, it was a safe choice too as most Western restaurants were fully packed and also over priced. Thankfully it wasn't jam and we were able to find parking almost instantly.

We noticed this new restaurant, crowded with a Chinese Santa Claus to boot and vibrant Christmas songs booming thru the speakers! Very merry indeed! So we decided to give it a try. We were immediately greeted and shown to a table. After browsing thru the many varieties in the menu, we decided to try 2 different soups and ordered a steamboat set for 2 pax. We also added some ala-carte meat and meatballs. 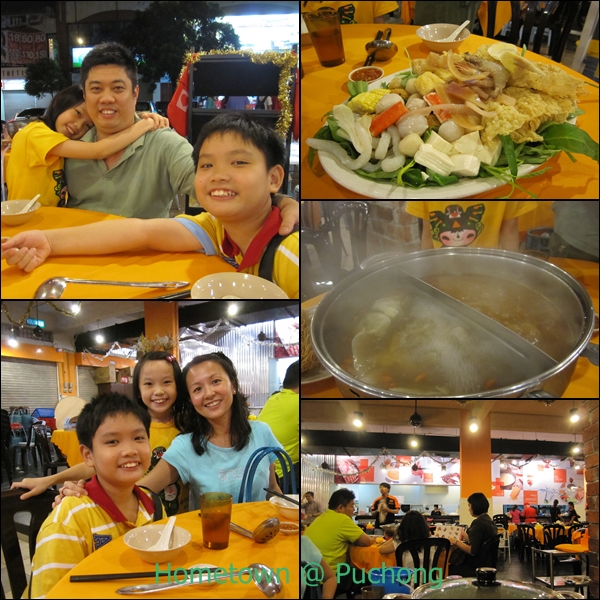 Total bill was RM61.30 and without tax ya! How nice is that? Unfortunately I can't break it down as the receipt is in mandarin thus the banana in me can't read it ya! Unlike the usual steamboat, they offer many varieties of soups and steamboat sets so you won't feel bored eating it. Even the pricing is not too expensive, a standard steamboat set costs RM15.50 per head. As we had 1/2 pot herbal soup, we need to pay extra RM4 for it. The other 1/2 was normal soup.

We were supposed to try the fondue but we were too full, we couldn't move! In the end, we saved it for another day to try it and we did ya...

Updated with Home Town Ice Cream Fondue RM19.90 which we took on a different day: 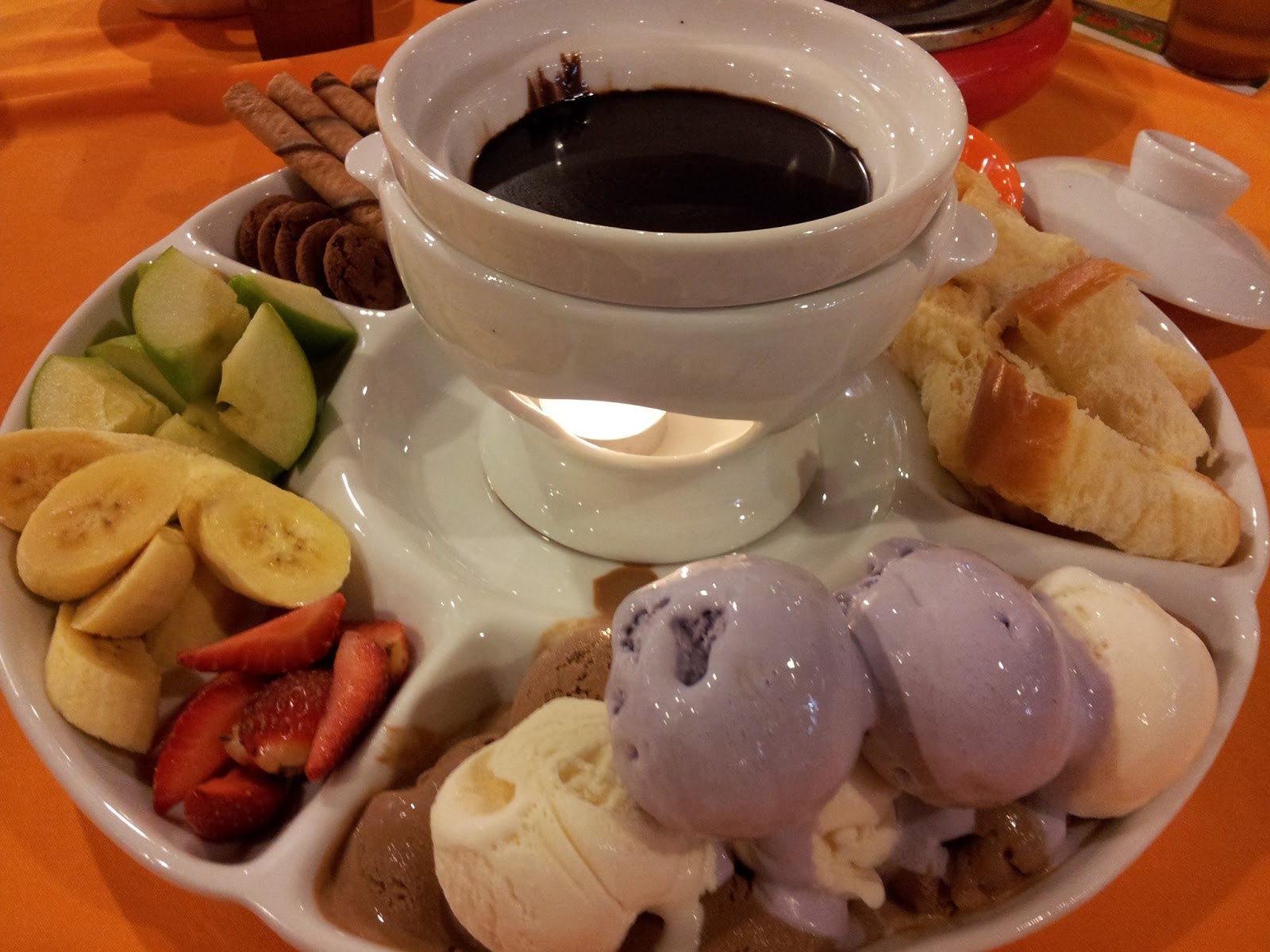 It may not be like Swensen's or Haagen Dazs but it was totally worth it!