I was very excited to redeem my very first Taste Voucher courtesy of JoinMe, a Malaysian food review site where foodies eat and share reviews here. If you love reviewing food, you can join the community and get a chance to redeem their Taste Vouchers. Taste Voucher is a voucher for complimentary meal given by a restaurant owner. It is an exclusive reward for JoinMe top reviews contributors. Chulo Spanish Restaurant & Tapas Bar was one on the list and their '8 choose 1' signature dishes allowed for redemption looked appetizing thus prompting me to redeem it.

Hubby decided at the very last minute to utilize it one rainy night since we couldn't decide what to eat for dinner. Thankfully reservation was aye okay as it was not crowded due to the wet spell. Upon reaching, we had a hard time looking for this place. Well, we are not familiar with Jaya One and it was raining cats and dogs thus hampering our search for the restaurant. Finally, after 15 mins or so, we found it!

It was quite empty, true to the reception's words, and quite dark. We were quickly ushered to an empty table on the balcony as Hubby wanted smoking area. The funny thing was I can't remember what the signature dishes were so I asked the waiter. Waiter said it was anything from the pasta section... erm... I knew it wasn't right but I was too famished to question. We did have a hard time going through the menu as it was kinda dark to read with small yellowish writings on black colour layout with a dark ambiance =.= 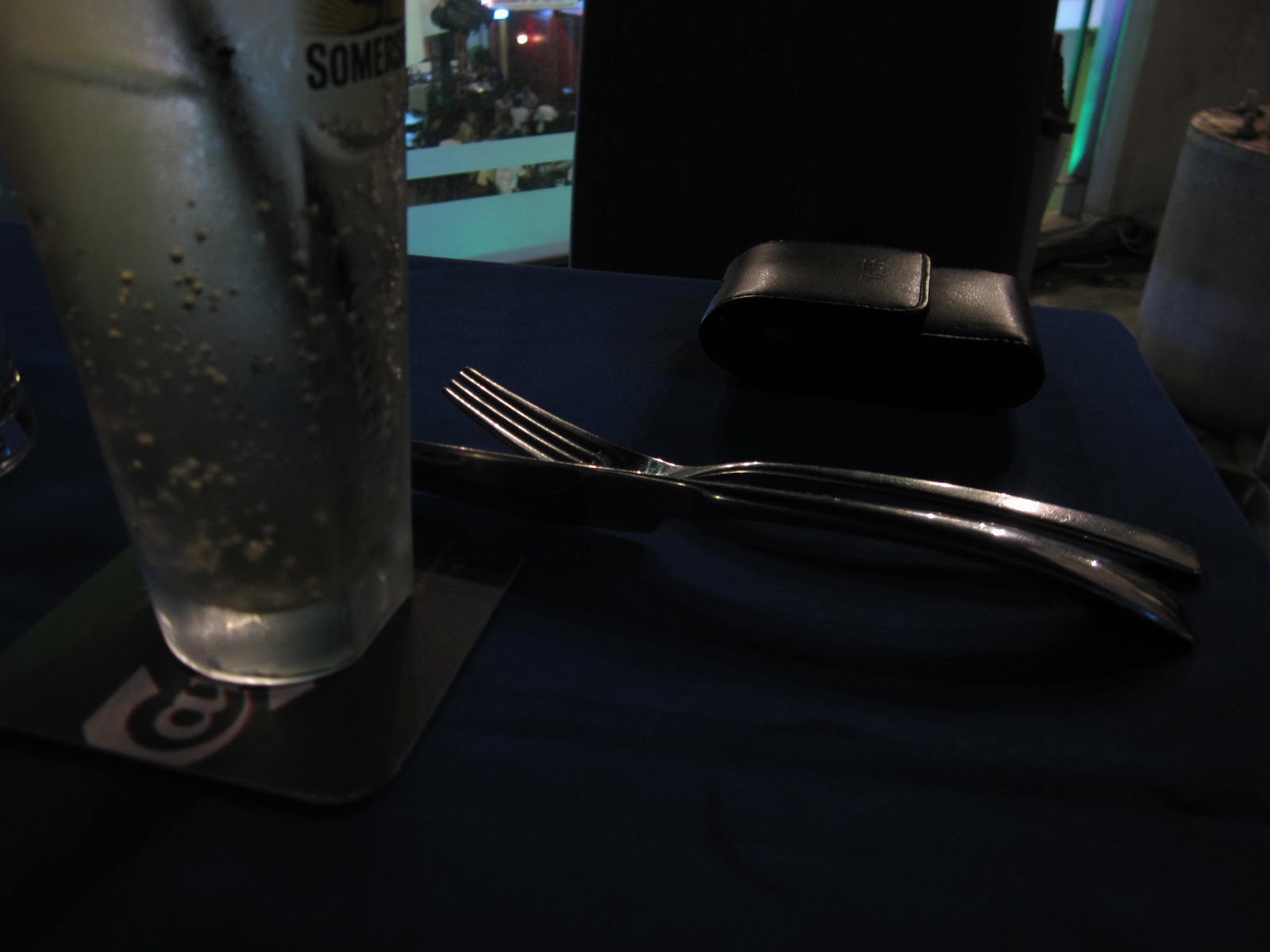 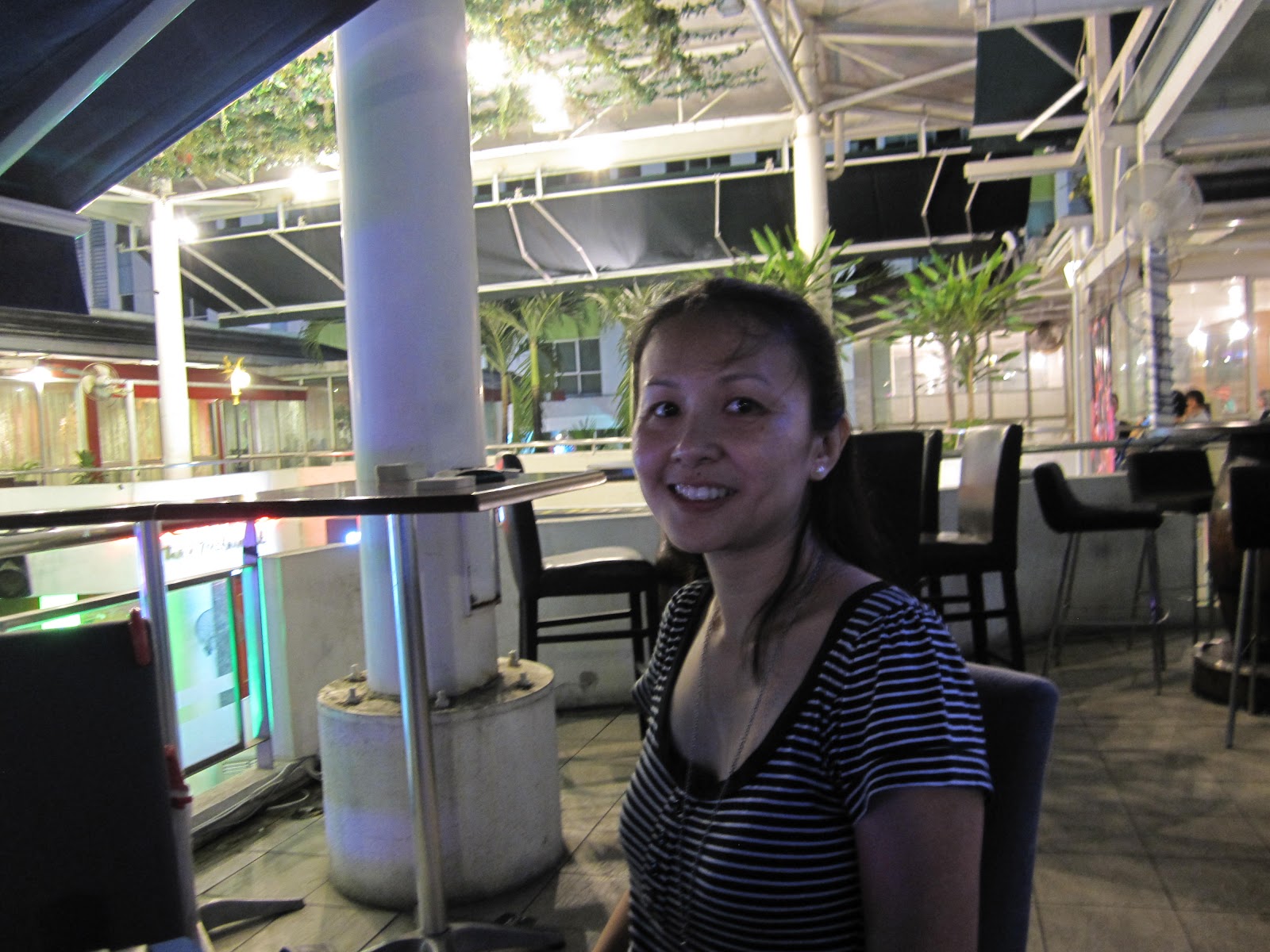 I finally settled on Aglio Olio spaghetti with grilled Salmon for the Taste Voucher redemption and a glass of Ginger Ale: 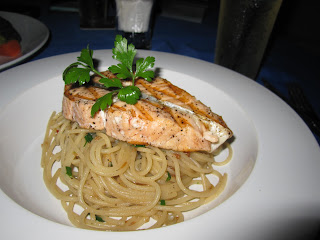 Hubby chose Lamb Chop and a glass of Green Tea: 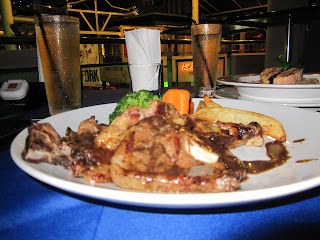 Do excuse our dark photos as the ambiance was totally dark, thus using flash was not doing the food any justice. Anyhow, it was romantic with the cool, breezy night and rain trickling down endlessly *blissful sigh*. Erm... back to the food, the one thing I wasn't happy... it was cold. Yes, the dishes were cold and not piping hot. Overall, it was standard Western dishes, nothing out of the ordinary. Nothing memorable to foot the night except for the portion which was big, tummy filled to the brim but that's it. Also my spaghetti had a distinct burnt garlic taste which was not to my liking.

Total bill was RM46.15 including 6% government tax and 10% service charge, minus my Taste Voucher redemption. Pricing reasonable for a Western dinner though. Sad to say, once I realized I wasn't having a signature dish, it kinda killed the fun for me after that. 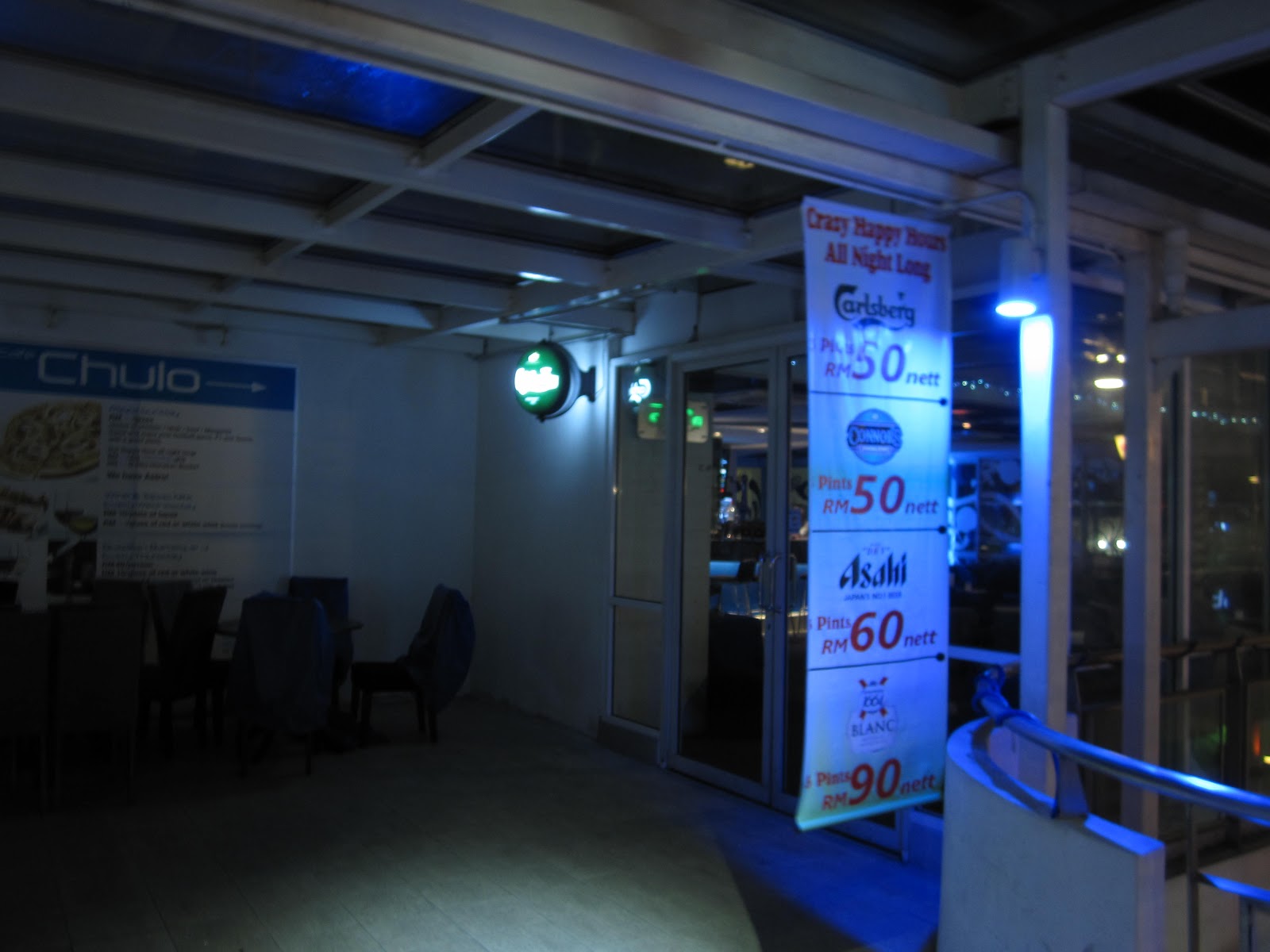 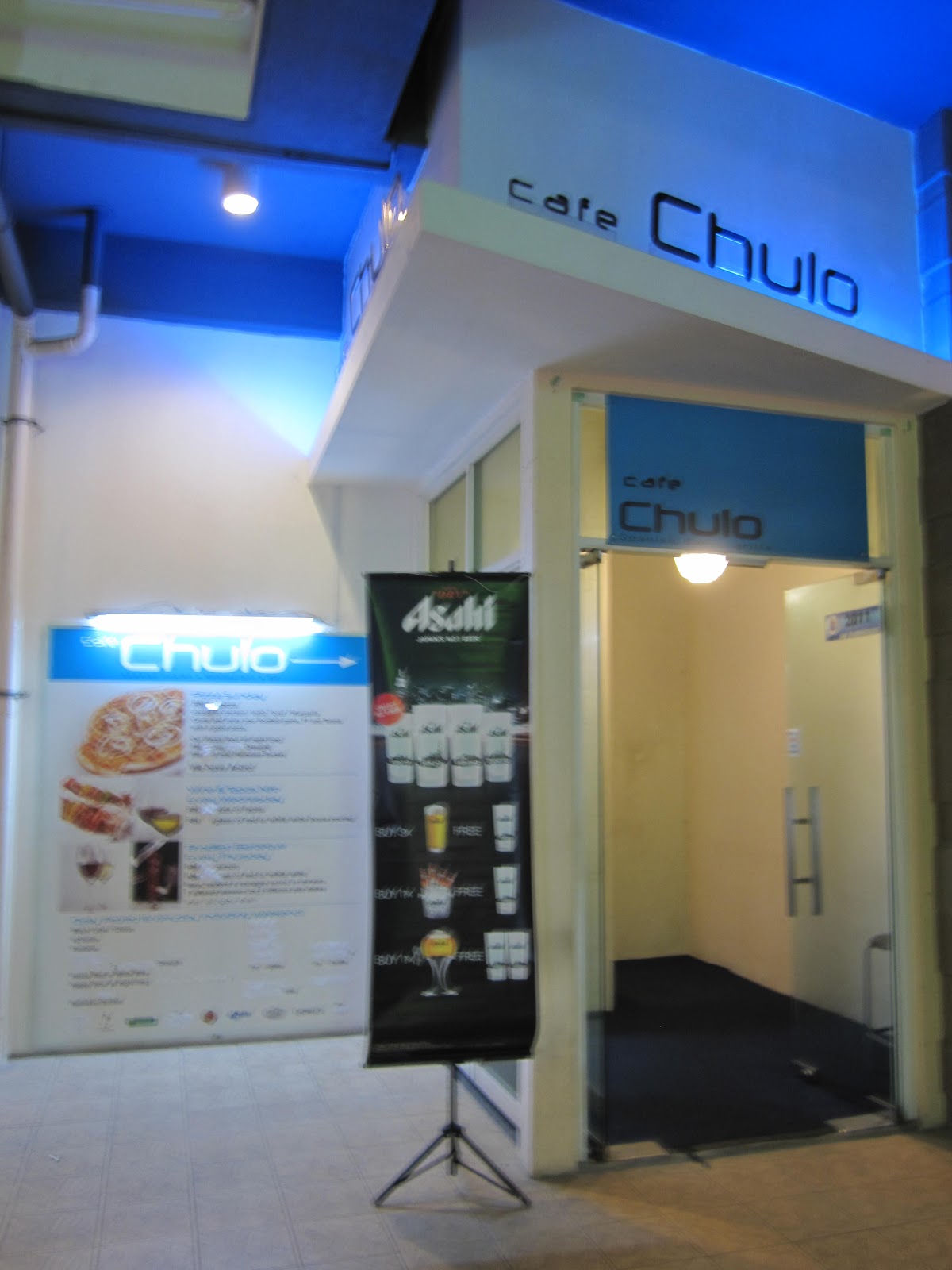