I recently received this email below and was ecstatic! A free movie for 2 courtesy of eCentral!!! 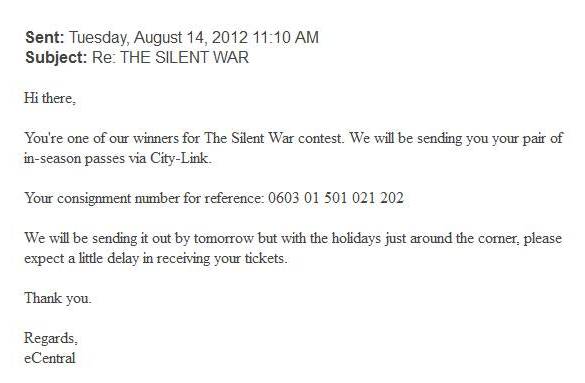 Lo and behold, my joy was short-lived... all thanks to Your Trusted Delivery Partner!
I received a call from Citylink on 14/8/12 and a Malay girl asked me where my location is actually. I was kinda bumped as they had couriered before to my house so how come this person does not know it. Instead of elaborating it since no one was home, I decided to give them my parents home address which they couldn't deny not knowing as it is a famous town. Not sure if this was a good decision as it never came. In fact, I totally forgot about it! When I remembered it was 28/8/12 and below was what I saw upon checking the consignment number: 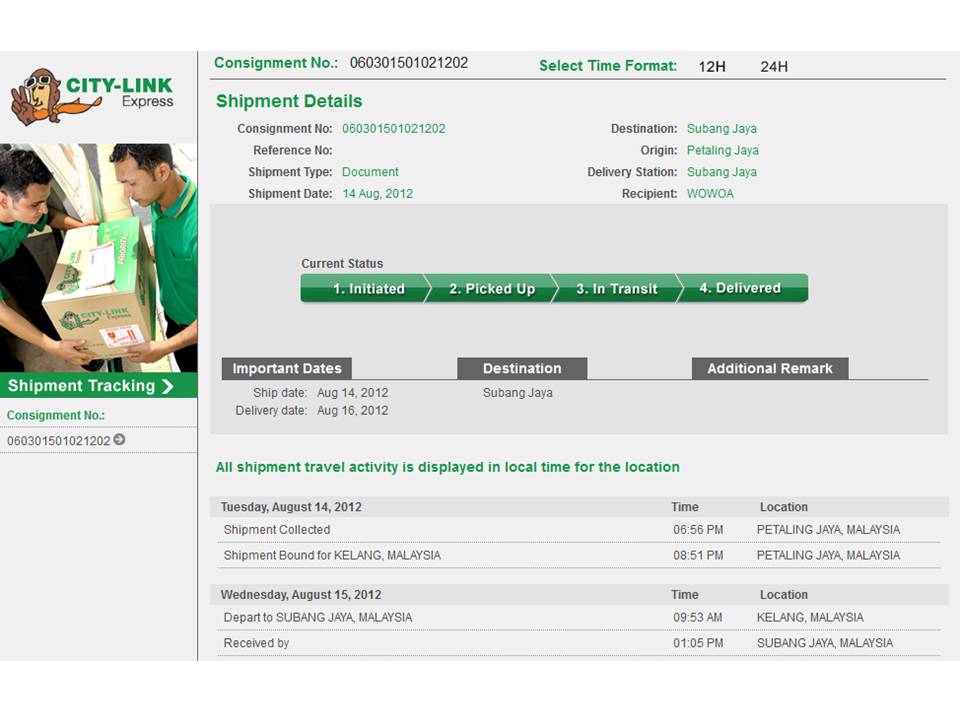 I was totally surprised! Who the hell received my document??? I decided to call their call center and a kind Joey quickly logged my case and reported it to his supervisor, Shanker, who promised to check and revert to me the next day. Next day came but no calls.

Finally on 3/9/12, a Dinesh called to verify and confirm and insisted someone has signed the document. He was kinda harsh and passed on to a woman named Jeka who was kinder and commented they are investigating this case.

Wong Kong born in 1958 (couldn't remember the rest of the IC no) had apparently signed it.

The best part... who the HELL is that??? I told them repeatedly I did not received anything and do not know this Wong person. Furthermore, no one in the family is with such surname!!! WTF!!!

Later on, Shanker called again and reconfirmed that their dispatch has sent it to the wrong house. They will try to retrieve it back and let me know the result. Subsequently a Malay guy called, the dispatch apparently, tried to persuade me that I did receive it as someone has signed it. I eventually argued with him as he kept repeating 'My supervisor has mentioned that someone has signed it so we can retrieve it'. WTF! I told him off that I did not want to speak with him anymore and he can just liaise with their call center, Shanker.

Apparently he did eventually turned up at my parent's house, my mom spoke to him and he admitted sending to the wrong house. However he couldn't remember where was that wrong house =.=

Finally, after the long silence, a Sugu called on 20/9/12. This one really pissed me off as he was nonchalantly asking if I had received my document and proceeded to report it as lost to The Star when I replied no. That's all. End of story and my case closed. Just like that. Not even an apology from a professional company.

I was totally speechless. This is how a Trusted Delivery Partner handles a lost document. Thankfully it was a free movie ticket and not of any monetary value or I would have sued them for it! When I pursue this case, my only asking was a formal apology and admitting their mistake. However, I got neither. How disappointing. So moving forward, should just stick to Poslaju which is more reliable as they even deliver to outskirts and jungles!

Oh ya... whoever this Wong Kong is, my mobile number was on the package but no one called about the wrong delivery address. A totally dishonest person, hoped he or she enjoyed the bloody movie! I know Karma will get to him or her! What goes around, comes around!
Email ThisBlogThis!Share to TwitterShare to FacebookShare to Pinterest
Sections: Thoughts