I have to split this post into 3 as there was something wrong with my Blogger/ pix, sigh!

Balik kampung during Father's Day weekend to be with my Angels and watched their performance for a Chinese Literacy Association's concert. As Hubby couldn't take the weekend off, I went back first by bus which I totally loath but had no choice. Thankfully it was a pleasant journey back, I guess you can say the bus drivers have improved their driving skills, even the Puduraya bus station looked clean and nice compared to many years ago. I know, it's been years since I've been here *wink*

When I spotted both Tyger and Princess at the back seat of FIL's car, I was esctatic! Of course no hugs and kisses until we reached home! Princess immediately gave me a belated Mother's Day card she made *hugs* 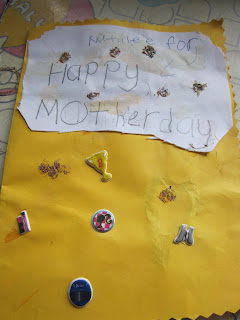 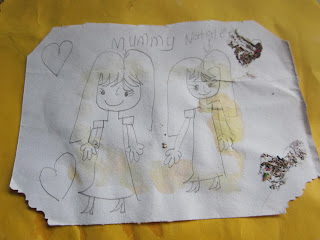 Believe it or not, both of them are wearing specs. Due to too much PC perhaps? 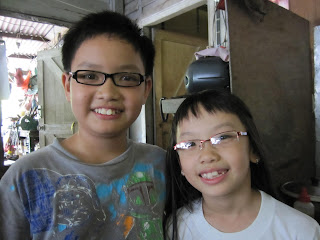 So glad that MIL made her famous 'Bak Chang' (Meat dumplings)! <3 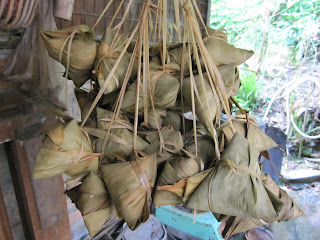 Saw this group of cats somewhere in the bushes... 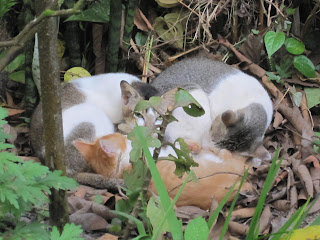 Tyger actually made a Parent's Day present for both Hubby and I... he intended to give it to us when Hubby returned on Monday *patient* Unfortunately, I accidentally discovered it as he hid it behind these 2 beautiful cards they made *slaps forehead* 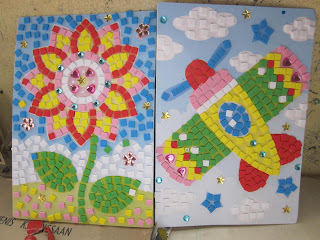 Of all things! Of course I'll pry and see these cards! Terbocor liao so I had to keep quiet until Hubby returned! LOL!
Email ThisBlogThis!Share to TwitterShare to FacebookShare to Pinterest
Sections: Family, Festivals