I just have to share this unfortunate incident which happened last Friday. My colleague and I decided to have lunch at Secret Recipe KL Sentral but it was definitely a wrong choice once we have placed our order. I noticed customers busy scurrying after the waitresses, either wanting to order or asking for their order. After 5 mins or so, Kenny's order came so I thought that we are lucky *fingers crossed*. How wrong I was... after 1/2 hour, it was my turn chasing the waitress for my order as Kenny has finished his meal =.= When it finally came, after 10 mins or so, I was really disappointed. 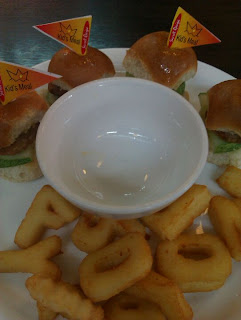 Firstly, as you can see pix above, the bowl was dirty.
Secondly, my food was cold.
Thirdly, my cucumbers were roughly cut and bitter. Did they washed it?
I've had this dozens of time and it didn't turned out like this. Very bad.

Honestly, this is the 2nd bad experience I had with Secret Recipe.

The first was in Subang Parade, many years ago, where they didn't want to accept my credit card for RM30+, claiming it had to be RM50 and above but there was no clear signage on our tables about it. Mind you, I didn't carry much cash then as I haven't been to the ATM. In the end, both mom and I had to fork out all our dollars and coins to pay. A very embarrassing moment due to this inconvenient and insensitive staff and restaurant. I haven't been there ever since.

Upon checking Foursquare, there were many negative tips given on this restaurant. Definitely on the dot about the poor or lacking or slow service. Lesson learnt: we should have checked out the tips in Foursquare first before eating there.
Email ThisBlogThis!Share to TwitterShare to FacebookShare to Pinterest
Sections: Food, Thoughts