More of a photo-blog thus am splitting it into 2 parts. Anyway, this year’s Lunar New Year seemed too short, as though it has ended abruptly by 3rd day. Well, mostly due to the short leave as Hubby was coerced to start work on the 4th day instead. He has an idiotic, dumb arse hole as a boss so can’t help it. Closing the shop for another 2 days can kill him, as though thousands of RM business has gone missing. In actual fact, there wasn’t any business at all!!! Pffft!!! Ignore mode on… must swing back to jovial self…

My first ‘lou sang’ was with my colleagues ^.^ We had a pre-CNY dinner on 18/01/12 at Pantai Seafood Restaurant which served expensive yet not too nice food. Even the parking was a hassle as the restaurant was crowded. Thankfully the ‘yee sang’ and company were good. 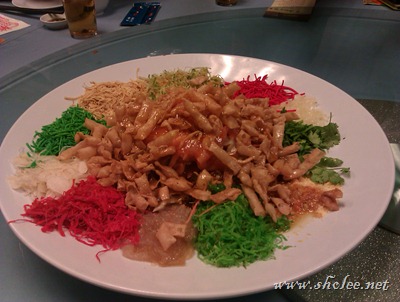 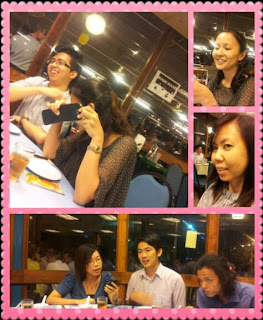 Oh ya… off topic a bit… I was happy when I finally received this CNY greeting from Maxis. I was thinking many years of being stuck as their customer has finally paid off. Mind you, there weren’t any other telco services available at my housing area thus stuck with Maxis for a while lah. 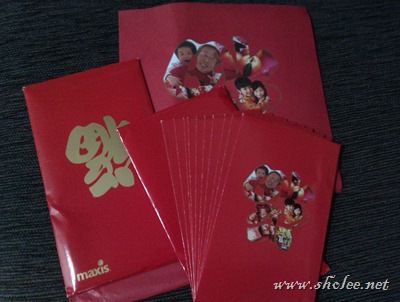 Then lo and behold… bro Ryan just had to crush my thought =.= He received this nicely packed ‘pu-erh’ tea box set via courier from Maxis >.< Wtf!!! I wonder what he did to receive this! 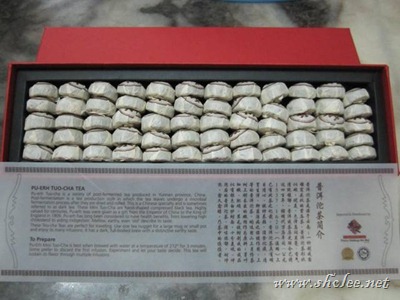 Back to CNY, this time around, we had our Reunion Dinner with my parents. My In Laws were supposed to join us but they changed their plan at the very last minute! My second ‘lou sang’ which was totally yummylicious! Sis requested for Sushi King’s salmon yee sang set which was kinda expensive but really worth it! The most memorable of all? Princess was busy hunting, picking and eating the salmons!!!

We were at IOI Mall for a last minute shopping and getting the ‘yee sang’ earlier on… Princess with a bunch of fake blossoms ^.^ 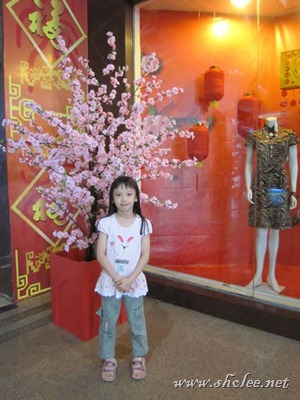 First day of Lunar New Year, lunch at Li Ku’s (mom’s second brother) flat. Li Kim, his wife, served a sumptuous meal but, blimey, I was vegetarian on that day o.O Tyger had a fun time with the Wii and Princess enjoyed camwhoring with Yee Yee (sis)!

After lunch, we headed to Sar Chek’s (dad’s younger brother) house to ‘pai nin’. Something we didn’t do before but hope to sustain in the future ^.^

We went back to dad’s house for dinner before heading home to retire for the night. We had to wake up early the next day as we have a mini open house! Hubby cooked all the delicious meals as I can’t cook in bulks! LOL! Mind you, Hubby is a great cook! My relatives and colleagues were totally amazed!

Once everyone has left, Princess started camwhoring >.< I was annoyed a little as I told her to take everyone’s pix earlier on but in the end, not many and mostly blurry! The ones she took of herself was good! *slaps forehead*

Went back to Tapah that evening since we have to rush back to KL the next day before we started work (I cancelled my leave too since there’s nothing much to do).
Email ThisBlogThis!Share to TwitterShare to FacebookShare to Pinterest
Sections: Family, Festivals