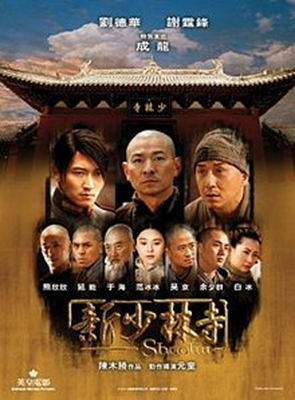 The film is set in Dengfeng, Henan, during the warlord era of early Republican China. The warlord Hou Jie defeats a rival named Huo Long and seizes control of Dengfeng. Huo flees to Shaolin Temple to hide but Hou appears and shoots him. Hou ridicules the Shaolin monks before leaving.

Feeling disadvantageous with his sworn brother, Song Hu, Hou sets a trap for Song in a restaurant, under the guise of agreeing to his daughter's engagement to Song's son. Meanwhile, Hou's deputy, Cao Man, feeling that he was being used by Hou and that he deserves better, decides to betray Hou. Cao sends assassins to murder Hou and his family. Hou manages to fatally wound Song with his handgun, but Song still saves Hou to allow him to escape from the assassin's ambush before succumbing to his injuries. Hou manages to escape together with his daughter, but his daughter was severely injured when a carriage knocked her down while she is fleeing, and worsen when they fall off a cliff. Hou's wife is rescued by some passing-by Shaolin monks, who were stealing rice from the military granary to help the refugees living near the temple. In desperation, Hou brings his daughter to Shaolin, begging the monks to save her life, but it is too late and she dies of her injuries. Hou's wife blames him for the death of their daughter and leaves him. Hou attacks the monks in anger but is quickly subdued.

I seldom watched Chinese movies nowadays as it’s either too violent or too gory and lame to watch. So when I saw Shaolin, I nearly gave it a pass. Hubby wanted to watch it so I had no choice actually

Anyway, this movie was violent but thankfully the storyline was good. It’s interesting to see the transformation of a coward to someone humble and ‘sin leong’. A good drama, emotionally entertaining. Just wished it wasn’t as violent.