MPOV: Transformers: Dark of the Moon 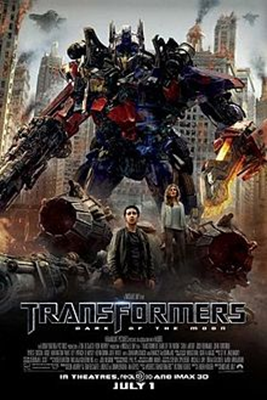 The movie began with the past on how the war between the Autobots and Decepticons started. Fast forward to current time, Sam has found a new love, Carly, but still not able to get a job. His parents have been busy travelling and were stopping by to visit him. They were disappointed that he was still jobless. After numerous interviews, he finally found a job as an office boy. One day, a colleague, Jerry, went berserk and cornered Sam in the toilet to give him information of the Decepticon’s impending plan. After that Jerry had supposedly committed suicide but he was actually killed by a Decepticon which was hiding in his room. All hell breaks loose when this Decepticon had to unintentionally reveal himself.

TF3 has more action and serious fighting scenes with more fantastic visual effects. However the storyline paled in comparison to the previous two. Some plots weren’t realistic enough i.e. Optimus Prime just dropped by and ripped apart a Decepticon after his compatriots have been trying to kill him for so long. Also Rosie Huntington-Whitely was as stiff as a board and definitely cannot measured up to Megan Fox. And then there was this spoiler where it totally reminded me of Tom Cruise's movie 'War of the Worlds'. Hmmm.... The movie was quite lengthy too i.e. 3 hours! They could actually do away with some scenes and provide a much better ending. I kinda liked the way they plotted the scene where Neil Armstrong landed on the moon but actually for another hidden project. It was superficial yet smart. Oh ya! The cars… my, my, Porche, Lambo, Merc… such beautiful cars! I was totally immersed in it ^.^ Give and take, although it felt rushed towards the end, it was entertaining overall.