This was the first time I’m watching a squash championship live! I was excited as I finally got to see our very own Dato’ Nicol David, live in action! The Finals were held at the Curve yesterday, 23rd July 2011, afternoon.

It has started off with the Men’s Final at 3pm, between Gregory Gaultier of France, ranked 6, and Aamir Atlas Khan of Pakistan, ranked 29. It wasn’t crowded then… and the winner winning with straight sets was… Gregory Gaultier!!! 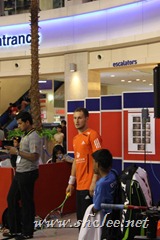 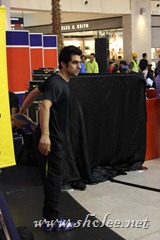 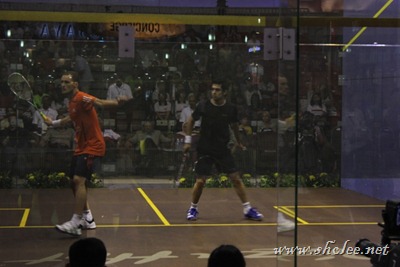 Next was the Women’s Final and the crowd started piling in. Everyone was anxious to see Nicol in action! The match was between Dato’ Nicol David of Malaysia, ranked 1, and Jenny Duncalf of England, ranked 2. 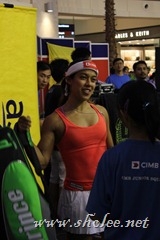 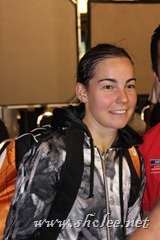 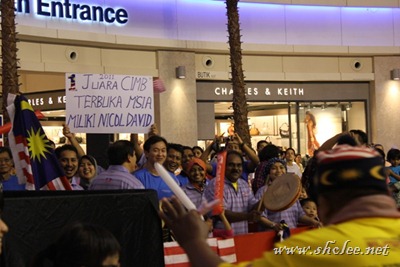 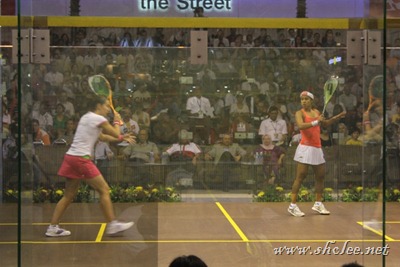 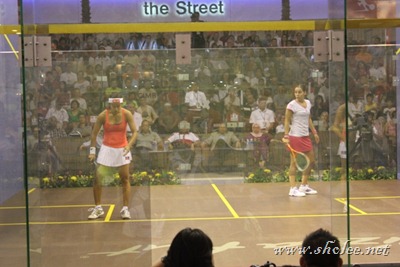 Honestly the women’s match was far more aggressive and exciting than the men’s ^.^ Totally a superb match to watch! The winner winning straight sets was non other than Dato’ Nicol David!!! Jenny was totally competitive and Nicol nearly lost the second set but with her confidence and skill, Nicol fought back and won. Nicol was swift with a strategist mind and most importantly, calm. A true champion.

After the prize presentation, it was autograph time! With Gregory, the Men’s champion: 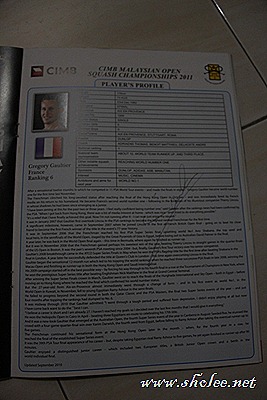 With Aamir, the runner up: 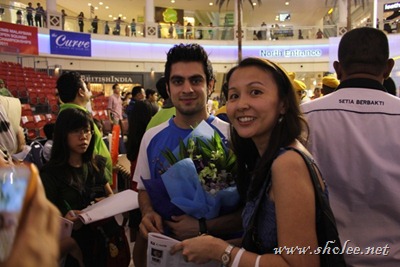 With Nicol, the Women’s champion: 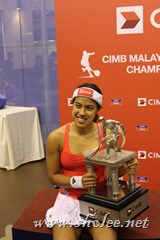 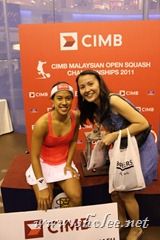 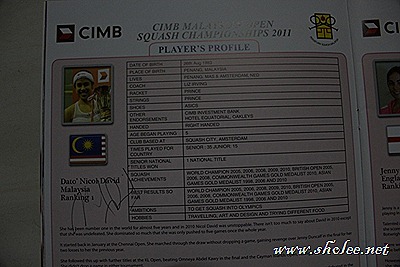 With Jenny, the runner up: 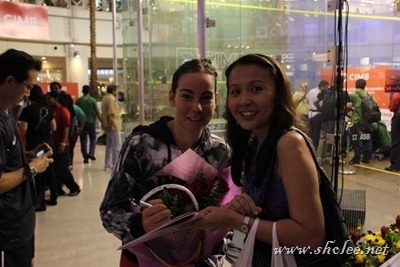 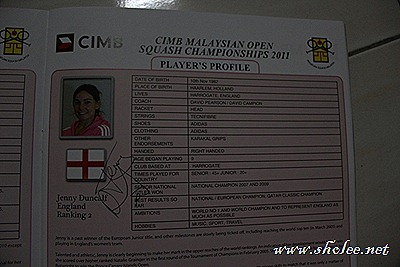 A bonus, saw Omneya Abdel Kawy of Egypt, ranked 8, in the crowd with her parents: 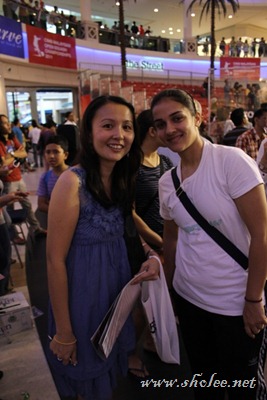 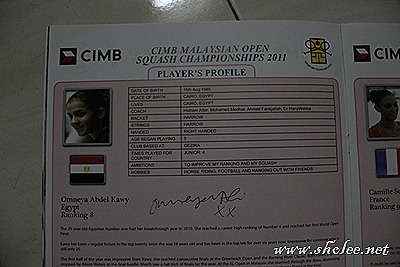 A truly exciting and memorable day which had quickly passed… time really flew by when we were enjoying it… sigh!

Email ThisBlogThis!Share to TwitterShare to FacebookShare to Pinterest
Sections: Events