Finally, the last installment/ post of Bangkok. We had to wake up early to leave for the airport as our flight departure was at 10am. After a quick breakfast, we checked out of the hotel and took a cab. It felt surreal, passing through the morning traffic jam. I wished our holiday was longer, wished we could visit more places, wished we don’t have to go back to reality i.e. KL… sigh! 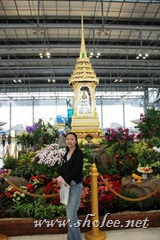 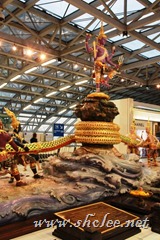 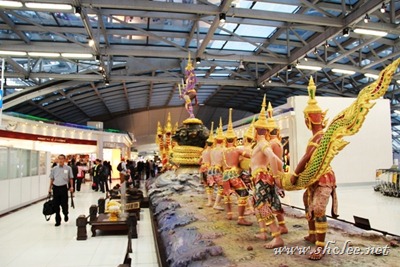 Upon checking in, we found out our flight was delayed by an hour =.= Apparently they had to fix some wheels problem of that plane. This is a first for us so we headed to a café for a drink. Yes, after a few flights on Air Asia, this is our first delay. Who says Air Asia is always late? Hmmm… I always wonder why these people would complaint of it so much. Why not take another flight i.e. MAS? No delays for sure… it also costs more! So if you can only afford a budget flight, stop complaining… it’s a package you will have to deal with or else take other budget flights. Duh! 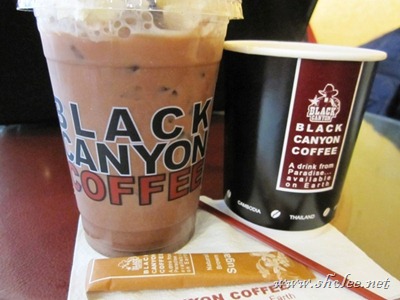 After our orders came, we then realized this signage… too late o.O 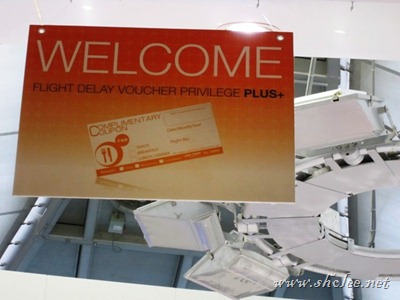 Our flight departed promptly at 11am and 2 hours + later we were on Malaysian soil. Hubby was excited when he saw this plane, snapping away happily! 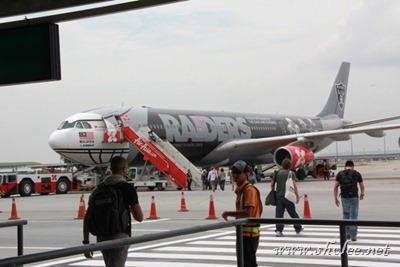 Last but not least, my shopping loot… wished I could afford to buy the whole of Bangkok! LOL! 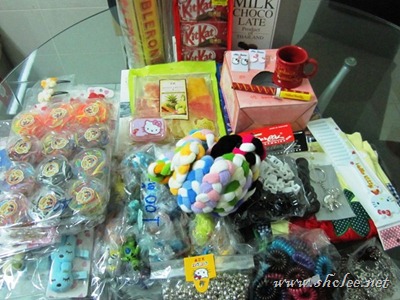