After breakfast, we flagged down a taxi and headed for Chinatown. As it’s on the other side of Bangkok, we were stuck in the horrendous jam again! We actually spent more on taxi’s and tolls due to these infamous jam! Geez!

When we reached Chinatown, it was actually less hectic, probably it’s still early. After getting some medicines from 1 of the pharmacy, tummy was a little settled and I was able to enjoy the walk. The weather was cooling too even though there was sunlight. According to Hubby’s friend, this was the first time Bangkok experienced such cold weather! I was surprised… felt lucky too! The weather was as cold as Genting Highlands… totally blissful walking through Chinatown in such weather! 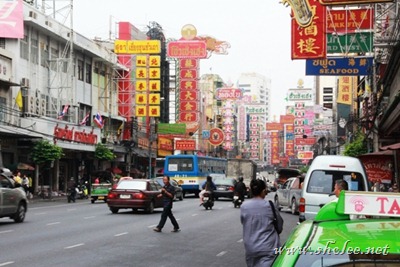 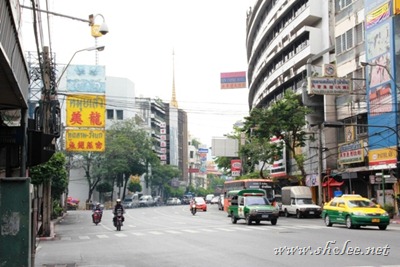 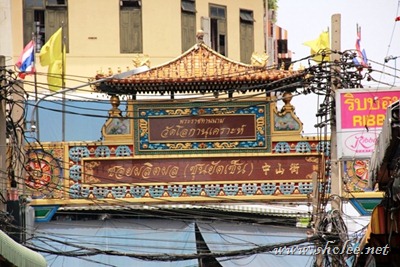 I had a wonderful time going through all the lorong’s, you get great buys here, especially since the wholesale market is part of Chinatown. I couldn’t find the wholesalers for clothes though, only accessories. There were different sections of the markets for food, clothes and other stuffs too… gadgets were on the opposite, near Grand Ville Hotel. It’s divided as such, for the our convenience, I guess. 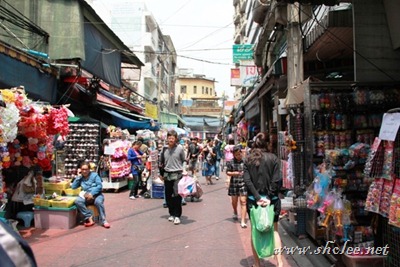 It’s similar to Petaling Street but the prices here were way much cheaper! By lunch time, we were damn tired and thirsty. We were at the clothes market, looking for a place to rest our feet. 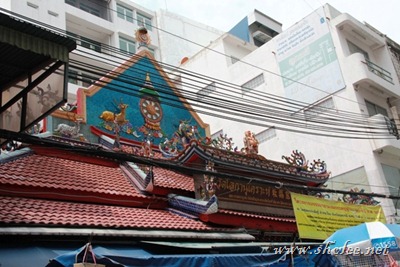 We finally found this small restaurant and it was crowded. We were curious so we tried it. As we can’t ask much, we just ordered blindly ^.^ 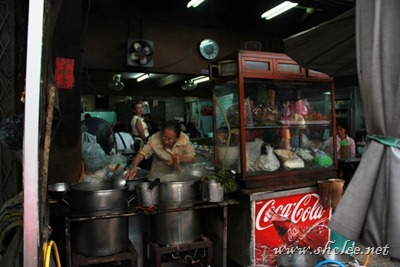 It’s totally delicious… tasted like fish noodle soup with some meat balls, wanton, pork, fish skin and vegetables. I assumed it’s a very old recipe since the women who made this were so old… yet very strong! It was cheap too… 90 Baht for 2 bowls of noodle and 2 glasses of Thai tea. 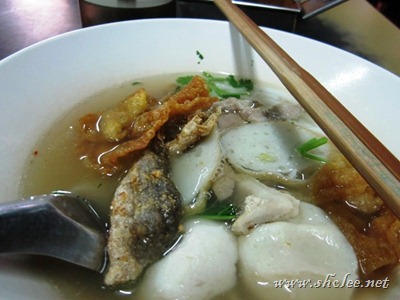 After lunch, we walked a bit more before heading back to the hotel. As usual, we were stuck in the nasty jam again… this time worst as there was some road closure =.= 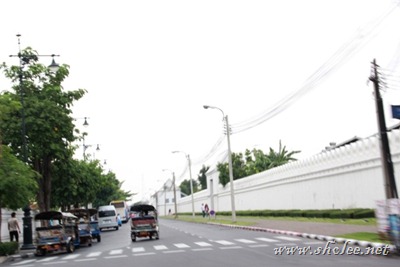 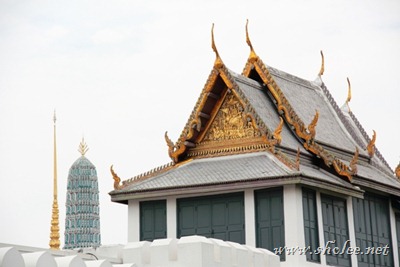 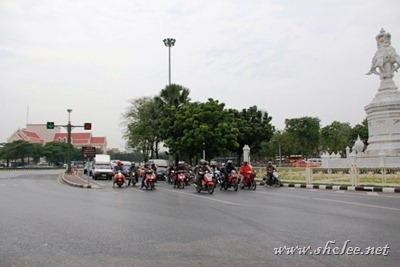 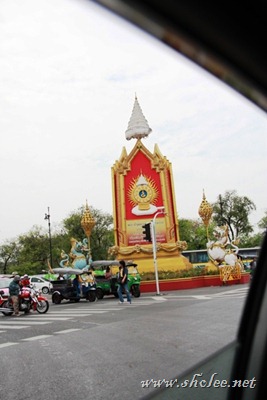 Hubby managed to take some photos while we were in the taxi. This was the worst one… stuck for nearly 2 hours =.= Thankfully, tummy was behaving too or else I’ll be in deep shit!

All in all, we wasted nearly 6 hours in traffic jam… we could have gone for a nice walk somewhere! Honestly, it was totally a waste of our time idling in the taxi… also wasting our $$$ which we could spend more on shopping. It was the last straw as Hubby decided to take MRT next… finally!

At the Chinatown, at night, there is this place which sells good seafood i.e. prawn and crabs. Sedapppp!!!

Dulu pernah visit Chinatown at night but it was so crowded lah! Perhaps next time I'll try at night again and I'll ask you for the map :-)