Before I knew it, I was at Top Passion Hair Salon. I opted for a Senior Stylist, Jason. He checked out my hair before trimming it, noting that it’s fine and also quite dry at the ends. He did recommend a special hair treatment which cost RM180 but I declined it as I have set my mind for a haircut and nothing else. After a few snips, Jason ushered me to the wet area for my hair wash. 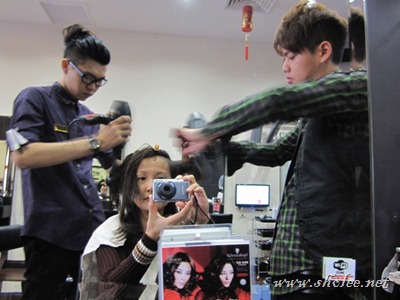 I’ve missed those moments of being in a professional hair salon i.e. like this moment where 2 persons blow dry my hair at the same time. The one without specs is Jason.

The overall experience was relaxing although minus the shampoo girls and massages. I was hoping for those actually… needed a good shoulder massage. Anyway, Jason was friendly until the moment I mentioned I wanted to snap some photos to be posted on my blog. He became wary of me then =.=

My hair cut + wash + blow = RM46. According to the receptionist, it’s slightly more than the usual as it’s nearing CNY. I honestly don’t know how much it usually cost. It was worth it overall although I felt that my hair cut was kinda little… I mean it still looked the same. 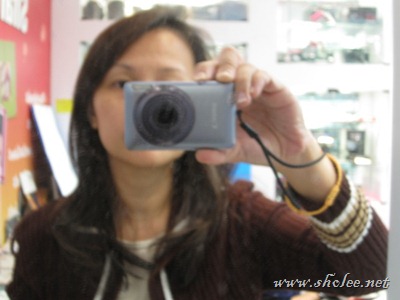 My RM46 hair… I liked the fact that Jason curled the ends for me. It’s very nice of him as he suggested it ^.^

Email ThisBlogThis!Share to TwitterShare to FacebookShare to Pinterest
Sections: Beauty