This is a must watch movie for all Facebook users! A movie of how Facebook was founded… 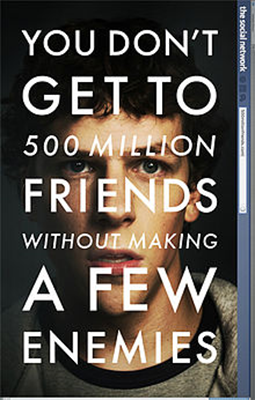 Marc Zuckerberg created FaceMash out of furry and vengeance after Erica Albright broke off with him, with the help of his best friend, Eduardo. It was instant hit where people nominate which female is better at random. Soon after, the Winklevoss twins approached Marc with the idea of creating Harvard Connection, based on the success of FaceMash. Their idea has prompted Marc to create Thefacebook and Eduardo supported him financially. However things turned out differently when Napster’s co-founder, Sean, approached them.

Looking at the lawsuits that took place in the movie, it seems that Marc is actually a selfish yet damn intelligent boy. He would also rather risked his friendship with Eduardo to achieve his dream. I guess it pays to be selfish… look at where he is today! Never mind that… at least thanks to him, we get to keep in touch with all our long lost friends, long distance family and relatives!