After National Science Center, we headed to 1 Utama to watch Tron: Legacy. I remember watching the original series before when I was young but can’t recall the actors nor the story… just the light cycle grid lights :-) 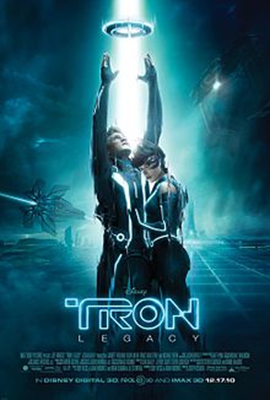 Sam Flynn was devastated when his father, Kevin Flynn, never returned home when he was 7 years old. As he grew older, he became rebellious and wasn’t interested to take over his father’s legacy, ENCOM International. One day, his father’s loyal partner, Alan Bradley, received a paging from an expired number which belonged to Kevin. He asked Sam to check out the old arcade for any clues. As Sam was going through the old machines, he accidentally discovered a secret door which led to a computer laboratory. He keyed in some commands on the computer and unintentionally beamed himself onto The Grid! He then realized his father’s ‘digital frontier’ The Grid was actually real!

Overall, the movie was fantastic! Good storyline! Good CGI! Totally enjoyed it! However, I felt the ending was kinda rushed… maybe it’s just me ^.^ Some parts at the end which I don’t get it like when Kevin and Clu merged together. Why should they explode upon merging together? Kevin was able to duplicate Clu so there shouldn’t be any problem merging back. Also, Quorra is an ISOs but able to live in our world? Anyway, in this version, the light cycle grid lights are more flexible as compared to the original, which moved in 90’ only, which is way cool! Btw, Olivia Wilde looked really good, as if this Quorra role was created especially for her!

We did snapped some Christmas photos at 1 Utama… the decorations were simple with some fake snows ^.^