Last Thursday, we had dinner with Eric and Ann at Penang Village. We noticed this restaurant is usually empty but they can sustain for so long. So we thought of giving it a shot since it’s halal. It has been a while since we last met for dinner together as work has been hectic and tiring. Totally missed Ann’s endless giggles and Eric’s spontaneous jokes… he always had a knack of joking about gay stuff (I’m beginning to wonder if he is one :p) and Ann always laugh and giggle non-stop about it!

Anyway, back to the food… 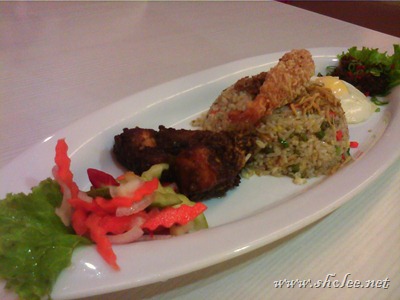 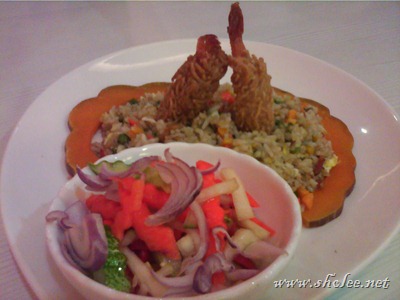 Mine was Pumpkin Fried Rice which was also presented in a very interesting manner… without the real pumpkin though as shown in the menu ;-)

Both our dishes were similar except for the additional chicken and egg in Hubby’s dish. Fried rice was actually oily and soft, fried prawns were hard with lots of flour. The ‘Acar’ or pickled vegetables were nice and sweet though. 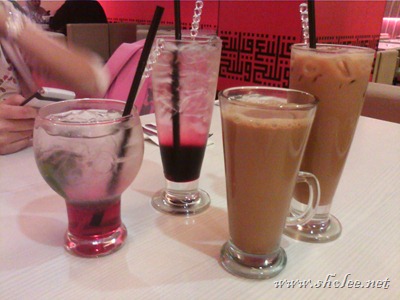 Our drinks came in between… Eric’s Rose Syrup Calamansi, Ann’s Sea of Passion, my Teh Tarik and Hubby’s Iced Teh Tarik. The names were fancy but tasted the usual. Luckily it wasn’t too sweet. 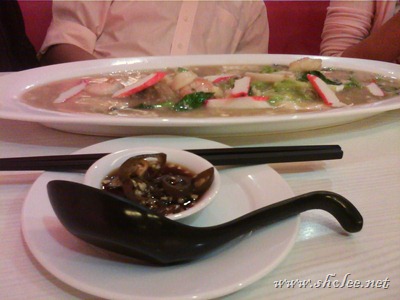 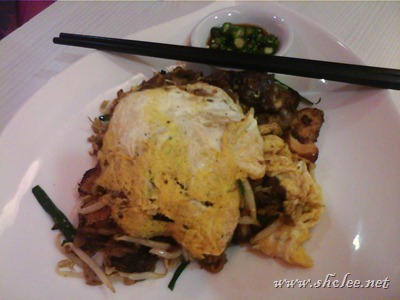 Ann’s simple Char Koey Teow was also on the oily side.

The overall environment was soothing and relaxing with comfortable seatings. We had a fun time chatting, even though the food was not up to our expectations. I guess we could have just sat there and chat non-stop as it’s comfortable and nicely set up with cool ambience. Total bill came up to RM72.40 including service charge.  Quite pricey for such common dishes, probably more for the food presentation. They should concentrate on the taste more with simple presentation which would be a much better plus point to retain regular customers. 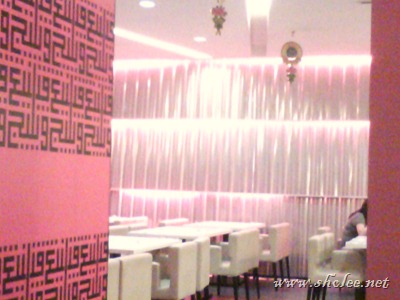 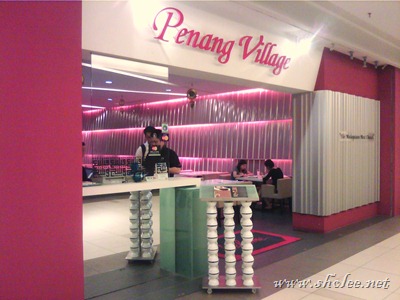