Legend of the Guardians: The Owls of Ga’Hoole 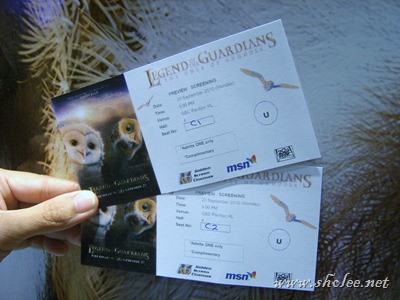 Thanks to MSN Malaysia and Warner Bros, we got a chance to watch this extraordinary premier in 3D last night! When we first watched the trailer in 3D a few months back, Hubby and I aimed to watch this movie in 3D when it comes to Malaysia. That proofed how cool the trailer was! How fortunate we were when I saw this contest on MSN… it’s our luck, I guess :-) 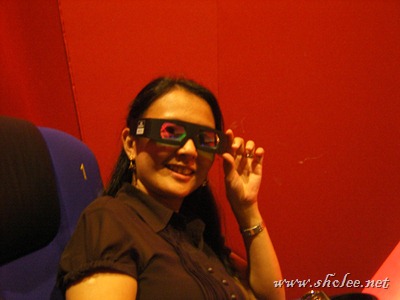 Me trying out the 3D glasses before the movie started :-)

From the producers that first gave us 'Happy Feet' comes an extraordinary and epic tale about Soren, a young owl enthralled by his father's epic stories of the Guardians of Ga' Hoole - a mythic band of winged warriors who had fought a great battle to save all of owl-kind from the evil Pure Ones. Acclaimed filmmaker Zack Snyder makes his animation debut with the fantasy family adventure 'Guardians of Ga 'Hoole,' based on the beloved books by Kathryn Lasky.

Soren and Kludd were branching when they accidentally knocked each other off and fell to the ground. Feeling afraid with enemies lurking around, they tried to fly their way back home but to no avail. Suddenly they were kidnapped and taken to The Pure Ones, lead by the evil Metalbeak and his mate Nyra. There were lots of other owlets being kidnapped too, either moonblinked to become picker or brainwashed as soldiers. The Pure Ones are planning to build an army and weapon to fight against the Guardians. Soren and Gylfie, a new found friend, were sent to become pickers but Kludd chose to retain to become a soldier. Soren and Gylfie managed to escape, with Grimble’s help. Soren also discovered that the legend is in fact true and together with Gylfie, went in search of the Guardians at the Great Ga’Hoole Tree so that they can save the other owlets too. 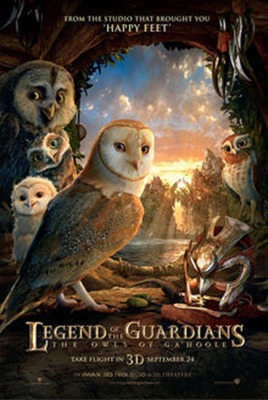 I have not read the books before… so this goes into my wishlist now :-) An enchanting tale, beautifully written and drawn. I was totally enthralled by the magical animation. Storyline could be predictable at some point but the beautiful, breathtaking animation made up for it. Totally worth to watch it in 3D, worth every penny ;-) There were some memorable and magnifique moments like: 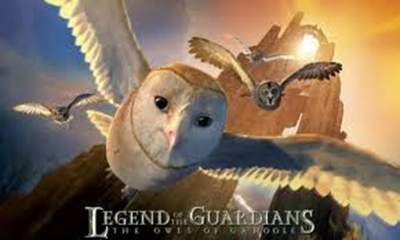 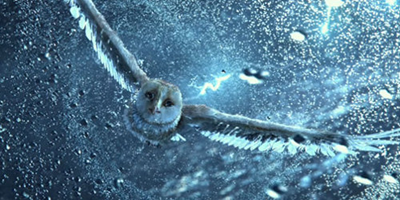 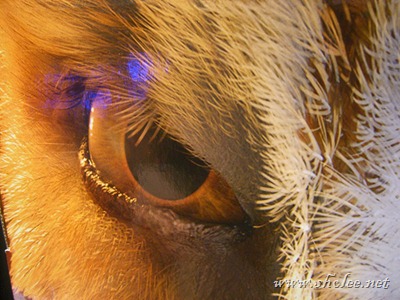 Legend of the Guardians: The Owls of Ga’Hoole takes flight in 3D on 23rd September 2010. You can catch the trailer here: 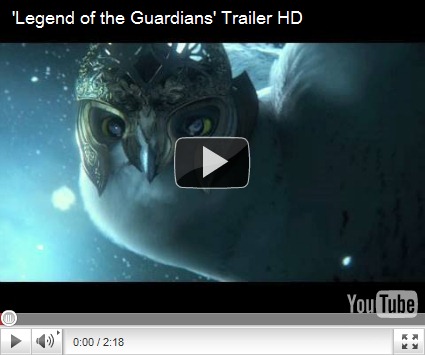