Damn! Not sure what is wrong but my left eye lid has been ‘jumping’ the whole day! I wonder what bad news I am getting! Why ‘bad news’ you might ask… well, Chinese believe that if the right eye lid keeps ‘jumping’ then something good will come your way. If left eye lid then something bad :-( Sigh! Lets hope it’s just the blood flowing too fast… LOL! In my imagination ^.^

Anyway, last Monday before watching the 3D premier of Legend of the Guardians, we had dinner at Food Republic. I have always heard good reviews of the food there although it’s a tad bit expensive for a food court. 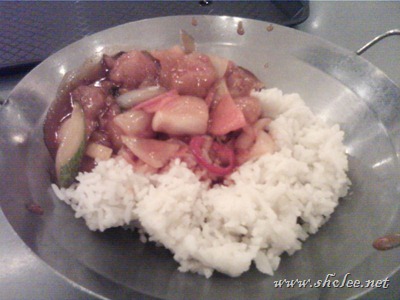 After walking 2 rounds, I decided to try Little Wok since the pictures looked tempting. A very BAD choice! I ordered Sweet & Sour Chicken Rice RM6.90 but I had to wait a little longer than other customers. I was getting impatient when I realized why my order was delayed. There were 2 other orders for the same dish hence they wanted to cook it together o.O So ridiculous! The food itself was totally opposite from the picture. The chunks of chicken meat was as hard as a rock, very rough, distasteful. The sauce tasted like it was from a bottle. My rating: 4 thumbs up out of 10 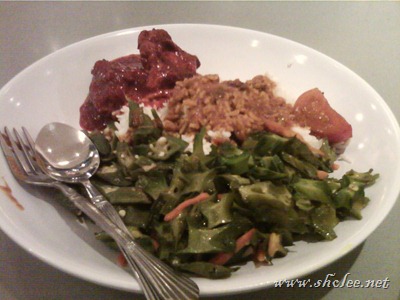 Hubby chose Melayu & Padang – 2 vegetables + 1 meat = RM8.90. It looked much better than my dish but tasted as poorly. Similar like my dish, the chicken and vegetables were equally hard and distasteful. The only plus point was the curry, which was OK. Hubby’s rating: 5 thumbs up out of 10

Overall, expensive but not worth it at all! Not sure how the other stalls fare but we don’t think we dare to try it another time. Thankfully, our drinks from Toast Box were good! Hot and cold tea to clean and clear our polluted taste buds ;-)

Some snap-shots of the surrounding area of Pavilion after the movie as it has been a long time since we drop by the heart of KL. The night life was still a buzzing… however, I was surprised to find Fahrenheit instead of KL Plaza! Gosh! Time flies! Didn’t know KL Plaza had been revamped and renamed! There were many new outlets too… I felt so outdated :p 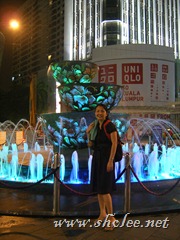 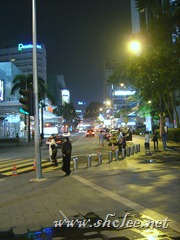 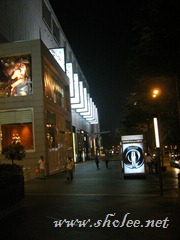 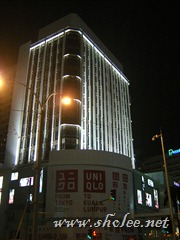