Thanks to The Star’s Rage, I received a GSC complimentary pass for 2. We decided to watch The Last Airbender last Thursday with this pass :-) 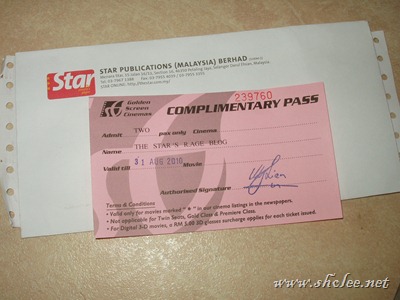 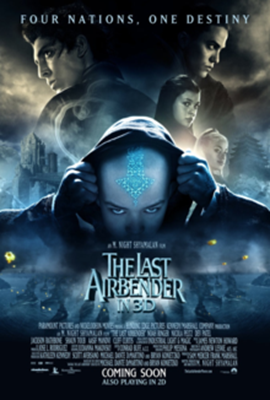 Sooka and Katara found Aang by accident, frozen in the ice of the Southern Water Tribe. When the light hits the sky while releasing Aang, it attracted the Fire Nation ship nearby which was led by the ousted Prince Zuko. Suspected that Aang could be the long lost Avatar since he has tattoos symbolizing it, Zuko captured Aang to his ship. Zuko’s uncle, Iroh, tested Aang; the test was positive that Aang is an Avatar. Back at the Water Tribe, Sooka and Katara with the help of Appa, Aang’s flying bison, flew to rescue Aang. All the chaos started when news of the alive Avatar was heard everywhere with the Fire Nation trying their very best to capture him.

Apparently, this is a trilogy based on the elements of water, fire, earth and air.  It’s based on the famous cartoon series, Avatar: The Last Airbender. I’ve not seen the cartoon version hence I would not know if it follows accordingly or created differently. I have read and heard many reviews that it was created differently and most of the original Avatar fans didn’t like the end result of it. No wonder M. Night Shyamalan dropped ‘Avatar’ from the title. Even the casts for the movie was different, please see below: 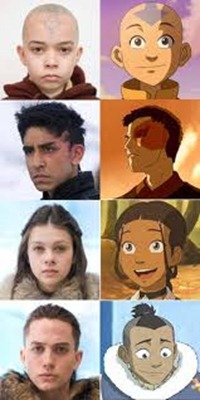 Anyway, back to the movie, I actually liked this action drama version except for the poor acting in some of the actors, probably still fresh :-) The sceneries were breathtaking and the effects, especially when Aang bend the sea at the end, were enthralling. Storyline is good, no doubt about that even though it could be different from the original. Some said it was slow, maybe they weren’t concentrating on the story but waiting for the action ;-) I just love the way they bend the water… it’s like Taichi but with the ability to move water, earth, fire and air :p