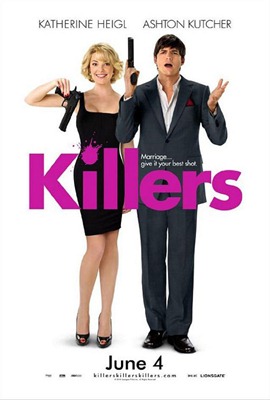 Spencer Aimes is an undercover government-hired killer. While on an assignment in Nice, France, he met Jen who is recovering from a break-up. He fell in love with her and decided to opt out, in order to get married and live a normal life. All’s well until Spencer’s 30th birthday when he realized he has become a multi-million dollar target!

An action comedy movie which is entertaining on a lazy afternoon :-) Totally hilarious with loads of fighting, bickering and running! Katherine was totally lame yet funny! Ashton… what more can I say… he’s so gorgeous!