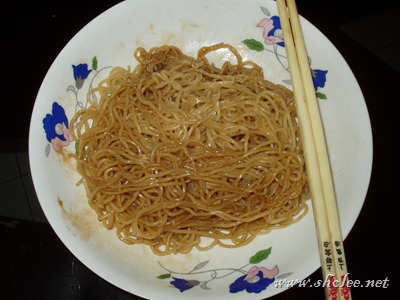 Pour some oyster sauce, light soya sauce, sesame seed oil and a dash of pepper into a mixing bowl. Set aside. Boil a pot of water. Dip wan tan noodle into boiling water until soft. Remove it with strainer and dip it into a pot of cool water. Remove it again with strainer and dip it again in boiling water. Remove it immediately and pour it into the the mixing bowl. Mix it all together and serve immediately. 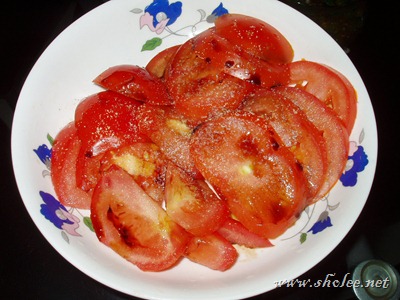 Slice tomatoes and place it on a plate. Pour some light soya sauce all over it. Sprinkle some pepper all over it. Refrigerate it and serve it chilled. 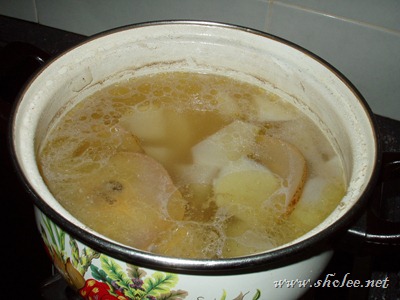 Cut white radish into chunks and put it in a pot of water together with some chicken bones. Add a few slices of dried pear which is available in pre-pack as per picture below. Bring it to a boil then set fire to low and let it simmer for about an hour or so. Add salt to taste. 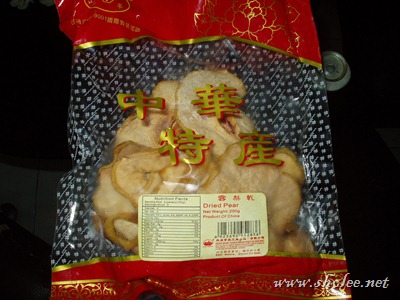 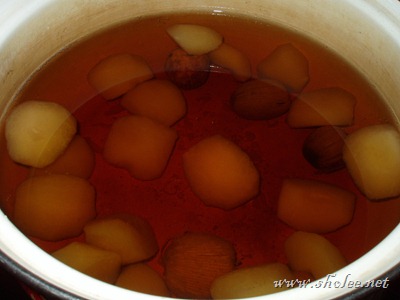 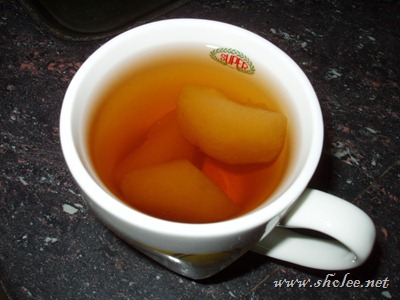 Peel, core and cut apples into chunks. Put it in a pot of water. Add honey dates and bring it to a boil. Lower the fire and let it simmer for about an hour or so. Cool it and serve.