The past week has been a strenuous one hence the quiet blog. Last Monday night, we came home to an unexpected situation… something that would change our lives one way or another.

It was the usual routine, reached home, played with Minnie and then go inside the house. Once inside, a garbage stench filled the air. Thinking that my garbage has turned foul, I proceeded to the kitchen to check it out but my garbage was fine. Then I noticed the other set of keys lying on the dining table so I asked Hubby if he had left it there. He, in turned, asked if I had kept his watches as it was not on the console table. We looked at each other with fear creeping underneath our skins, replied no to each other. Then we realized something amiss and ran upstairs to our bedroom.

OMG! It was as though a tornado had strike our bedroom! Everything was in a mess! Totally ransacked! 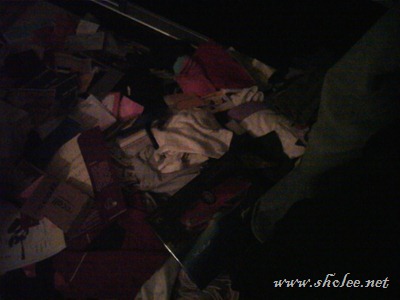 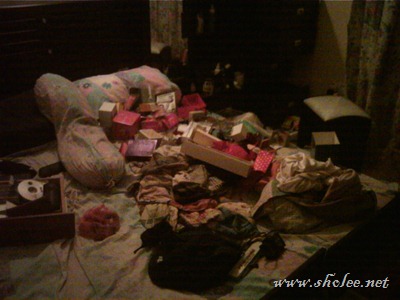 We headed to the other 2 rooms and, luckily, it’s intact. We headed downstairs again to find the point of entry then realized our PS3 was nearly stolen too! The cables were removed half way! I think we came back in a nick of time as it looked as though they had just started rummaging downstairs, thus able to salvage some stuffs. We found the point of entry… through the back room window which was forced open… grill nicely unscrewed! WTF! 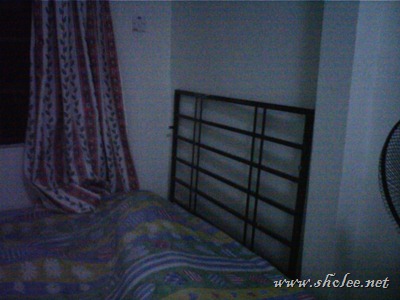 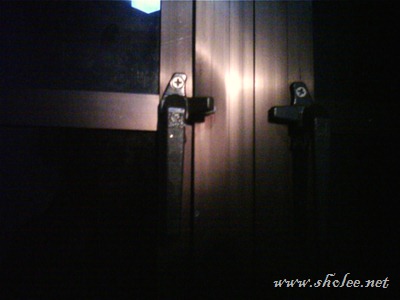 We called the police around 10.45pm and it took them more than an hour to reach our home! While waiting, I took the above photos, since we were told not to touch anything, with my mobile phone as my beloved Olympus was gone too :-( The police came, recorded the incident briefly and told us to make a police report at the nearest police station =.= Mind you, the police station at our area has not opened yet so we had to go to the one in another town! We were reluctant to leave the house as the back door was wide opened but we had no choice. At the police station, we found out we were house no. 2!!! OMG! Those bastards were damn active! Probably stocking up before they go back to their hometown for the festivity soon! We were told there were 7 break-ins just last week in another Taman =.=

By the time the forensics came to take photos and fingerprints, it was 2am. We were totally exhausted by the traumatic experience. Honestly, I was expecting them to be like the series, CSI. Well, they were half like them and half not. They noticed some foreign substance on the window but didn’t swabbed it. They found some fingerprints on some boxes and bagged it but using my plastic bag and not a clean brown bag. Errr… wouldn’t it be contaminated? Anyway, they were nice and gave us some advice… totally sympathize with us :-)

I honestly felt as though I have been violated, as though my house has been raped by those bastards! They have gone through every single corner! If I could, I would have doused clorox to wash off their filthy, dirty prints! I wonder how many bastards were involved. I wonder would they return for the rest of the stuffs. I wonder how many sleepless nights would I have. I wonder why there are no patrol cars in our area since it is considered as high crime rate area. When will the police station open?

OMG! thank goodness no one is hurt, I really think police should patrol the area more frequently, and always keep emergency numbers handy.

Thanks! Yea, luckily no one was home then...