I can’t express why vampires suck as I totally dig vampires! So I turned to Hubby since he still can’t figure out what’s all the hype and big deal about them ;-) Here’s Hubby’s thoughts: 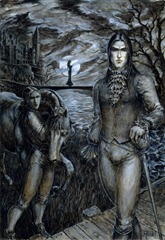 Vampire: then and now (pictures googled)

Why do all vampires had to be good-looking nowadays when they used to be portrayed as scary and ugly looking?

Why majority women dig vampires and not men?

Vampires supposed to change into bats to fly but now they can fly in their human forms?

Vampires supposed to burn under the sun but now they glittered under the scorching sun?

Vampires supposed to be afraid of garlic and cross but now they don’t?

Everything don’t make sense at all…

Conclusion from Hubby: it sucks as it’s all make-belief but everyone assumed it’s for real; the imagination or assumption even evolves through time! LOL!

Anyway, his thoughts aside, just saw the trailer of this new parody about vampires which is totally hilarious! I hope the movie version is as good as the trailer :-) 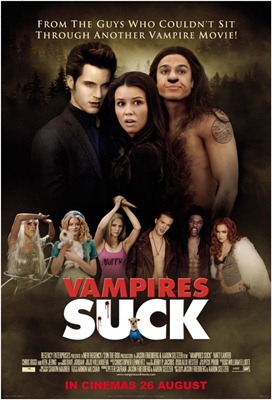