Tried Vietnamese cuisine last Wednesday but had a hard time selecting the menu as most of it contained beef (We don’t consume beef as we pray to the Goddess of Mercy). 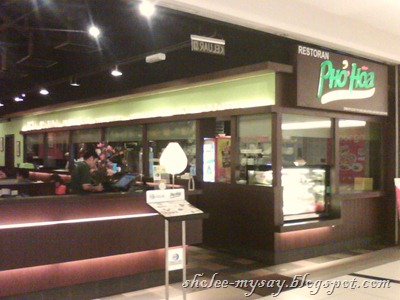 Restoran Pho Hoa is one of the largest Vietnamese noodle house chain in the world (According to the banner below left). 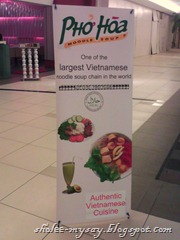 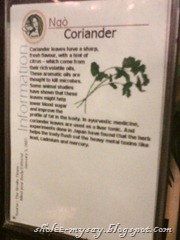 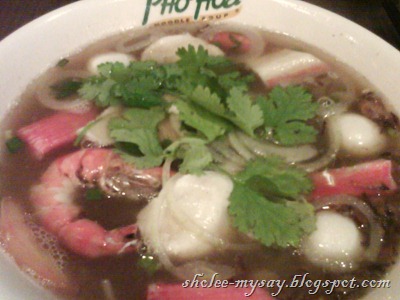 I finally decided to go for Hot & Sour Seafood Noodle Soup which reminded me of the noodle soup in Bangkok ;-) Some extras for my soup and Iced Lotus Tea 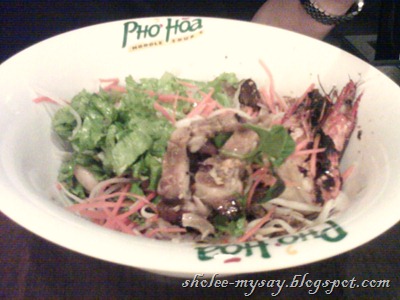 Overall, the food was good, very filling and the ingredients were fresh except for the prawns. Thankfully I wasn’t thirsty after consuming the soup; was worried if they used lots of cheap ajinomoto as it was really nice and tasty. On second thought, I was kinda worried if they used beef in making the soup :-( Too late… don’t think about it now. I do like the iced lotus tea; very ‘ching leong’ and lightly fragrant. Hubby enjoyed his noodle as it has lots of ingredients… go figure ;-) 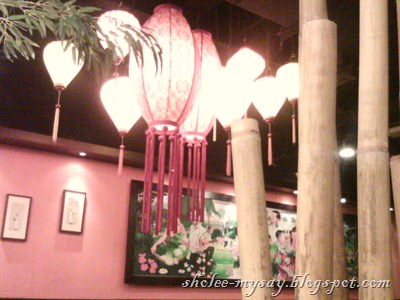 Nice lanterns, soothing ambience. The staffs were well-trained too, very attentive and friendly.