The outlet’s name is funny ‘Eat N’ Run’. Why do we want to eat and then run? Our parents told us never to do that or we will get appendicitis! Confusion aside… it’s a small eatery with a simple menu. No frills, just eat and go. I guess that’s the idea the owner had when concocting the outlet name and menu. 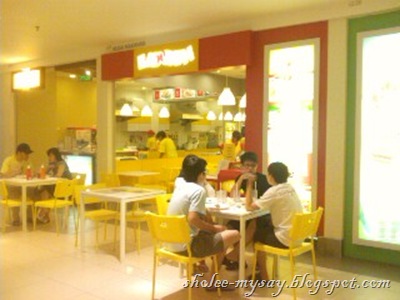 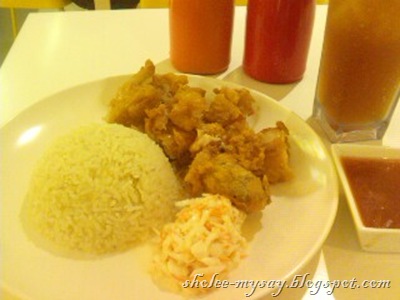 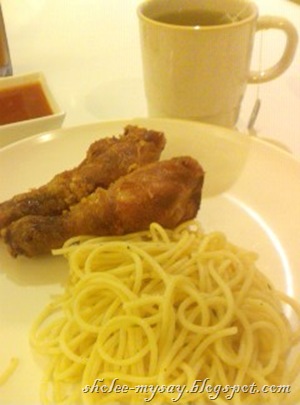 Mine was a kid’s meal! Muahaha! Spaghetti with garlic sauce and 2pcs fried drumsticks with a hot green tea

Hubby’s food was just nice. Mine was, hmmm… drumsticks were good and crunchy but spaghetti was tasteless. I didn’t taste any garlic, it was plain, way too plain. Probably it was intended that way since it was meant for kids o_O The thing I like about my green tea was it comes with a tea bag per cup, which means I had a lovely hot cup of pure green tea and not a diluted green tea. 2 thumbs up for this! Pricing is standard; RM8.90 for the adult set, RM6.90 for kids meal and add on RM1for one drink per set. Simple and easy. Wished I could have captured the menu then you’ll see how simple it is :-)