I saw this event in the newspaper so thought of bringing my kids for a treat since they like Dora. However, we had missed all the fun stuffs when we reached there around 4pm. Nevertheless, I find the event low-key actually, not much hyped, not many games to attract the kids and to made it more sleepy… the host was not exciting enough. (We nearly walked passed the area, thinking it was another event). She sounded monotonous, although multi-lingual but the Malay and Indian parents were not happy though. I heard some whispered ‘What is she saying?’ ‘Why is she speaking in Mandarin?’ Well, I guess you can’t please everybody *shrugs*

The host was about to start a game, asking for volunteers 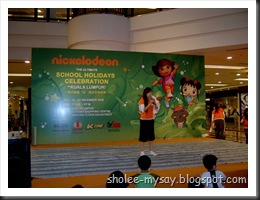 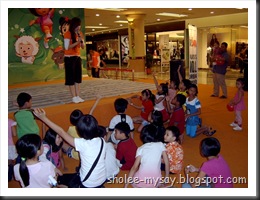 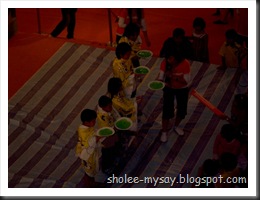 Ready to dunk your own face! The prize here was worth it… a Sponge Bob towel :-) but my kids were afraid of the green stuff… geez… wasted! 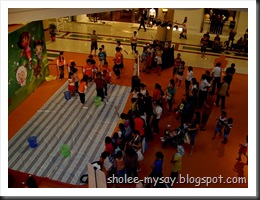 Other games available throughout the day but the prize was not worthy though :-( 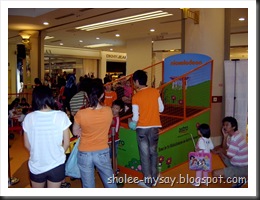 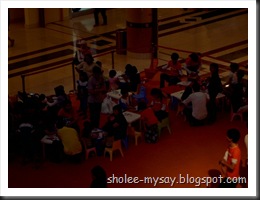 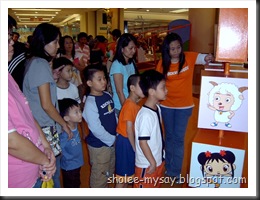 My son was kinda disappointed as he had to use his brain to win tic-tac-toe but the prize was just a Nickelodeon poster… no point taking a photo of it… sigh!

Overall, it was just not exciting enough, maybe because we have missed some of the main stuffs earlier i.e. meet Dora, etc. They should have advertised the calendar of event in the newspaper too so that we would be there at the right timing.

Email ThisBlogThis!Share to TwitterShare to FacebookShare to Pinterest
Sections: Events