hitz.fm morning crew had done it again! When I heard the parody this morning, I couldn’t stop laughing! For those who haven’t heard, they had used Black Eyed Peas’ “meet me half way” as a parody, the subject of parody is Tiger Woods.  Go figure! 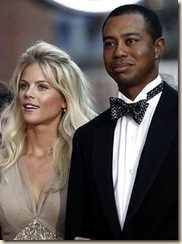 I have always admired Tiger Woods, not of his look but for his skill, golfing skill to be exact. When he started out years ago, he had that driven mindset, roaring to win. However, as he grows older, it looks like the tiger in him has slowed down. Probably he felt tired, unchallenged and bored with the game itself. The tiger in him is slowly dissipating. Which is probably why he looks for other challenges.

When the news broke of his infidelity, it came as a shock at first. He has always portrayed a visual of a happily married man. Then it hits me. Hmmm… he is happily married but he is looking for challenges elsewhere, besides golfing. He could be bored and he is rich, he can afford it, so why not have a fling once in a while. He travels a lot so such flings wouldn’t hurt since Elin is not always around.

Well, he is VERY wrong. I always believe this karma ‘what goes around, comes around’. Even Justin Timberlake sang about it. Tiger just didn’t catch the meaning exactly, I guess. We are living in the real world and such ‘challenges’ have existed way back, the outcome is always the same. Your spouse will definitely find out about it. God is fair.

Anyway, this is just my thought. I do not condone such ‘challenges’ either