Disney The Princess & The Frog Premiere

I had assisted my girl to participate in an Astrolife contest recently, Disney The Princess and The Frog. I was surprised to receive a SMS last Saturday, that we have won, and asking us to see the email for further details. My girl was so happy as this is the first time she had participated in a contest ;-) It's a consolation prize, better than nothing, 4 tickets to watch the premiere. I've included an excerpt from the email:

DISNEY THE PRINCESS AND THE FROG

Thank you for your participating in the recent “DISNEY THE PRINCESS and THE PROG” contest organized by AstroLife and Disney.

4 preview tickets to Princess and The Frog (8th Dec, 7pm)

It was less crowded as compared to Ben 10's premiere, probably because there was no event or promotion. There was just a ticket collection counter, a very low key premiere. I was hoping we would get a goody bag but unfortunately, nope. My girl was partly disappointed... sigh! We only got an Astrolife brochure instead. 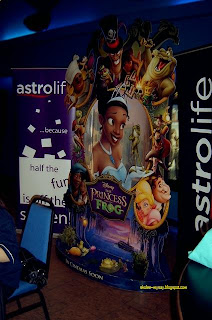 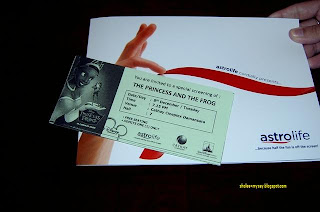 As we still have time to spare, we walked around e@curve and come across "Movie Fantasy Fest", a collaboration between Cinema Online, The One Academy and Streamyx, from 4th to 13th Dec, near the Information Counter. They had some contests there too but I didn't have the time to find out. We had to rush for dinner at McD's ;-) Anyway, captured some pics: 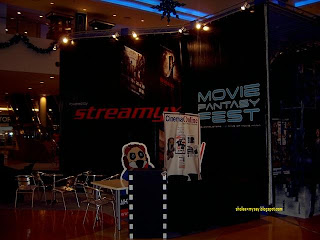 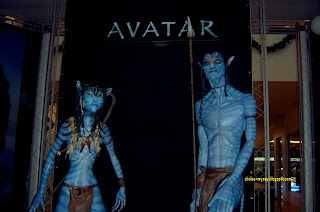 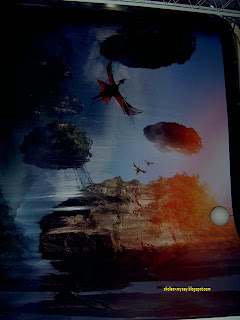 Alvin and the Chipmunks: 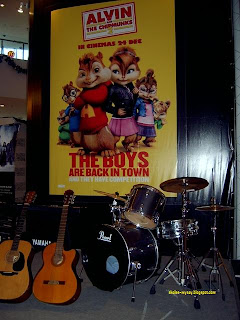 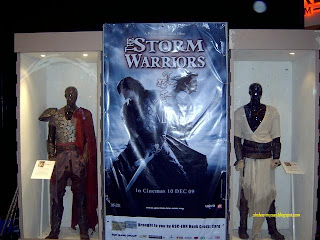 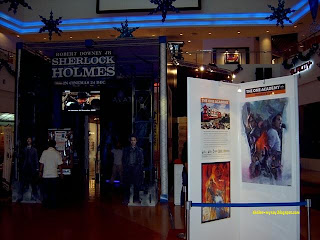 Back to the movie, it's free seating hence we were back 1/2 hour early, awaiting for the hall to open. Once inside the hall, we had to wait another 1/2 hour before they started the movie. Believe it or not, majority of the crowd were adults! I was beginning to think we were in the wrong cinema :p Anyway, the movie was about 2 best friends:
- Lottie - the spoilt one, filthy rich, hoping to be a princess when she grows up
- Tiana - the poor one, good upbringing with family values, hoping to own a restaurant when she grows up
Fast forward, they pursued their dreams, Lottie managed to invite a prince to her party and Tiana baked for Lottie's party. The prince was entangled into something bad and the adventure begins!

Overall the movie was really good, with good, traditional animations we haven't seen in a long time. As usual, it incorporates good values and lesson to be learn. A really worthy movie to watch in the cinema with your kids. Not forgetting though, thanks to Astro and Disney for this premiere!!!
Rating: 8 thumbs up over 10
Email ThisBlogThis!Share to TwitterShare to FacebookShare to Pinterest
Sections: Contests, Movies