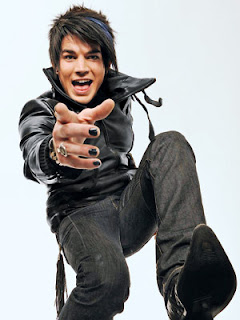 Adam Lambert... what can I say? His is a household name since his American Idol runner-up days (I was one of the staunch supporters since I heard him sang Tears for Fears' Mad World). He stays true to himself and never a hypocrite. He is open about his sexuality, being a gay and never hiding it. He is a superstar in his own right. He does what he feels right and never afraid of what other pessimists may say. He has that aura of confidence which not many of us have and I really admire him for that. To me, he is like a male version of Madonna. Whatever he does, most pessimists would disagree and complaint. To some, this may sound like Adam is an attention seeker but he is just being himself, living his life to the fullest, doing things he likes doing and not living to regret (In my humble opinion).

When I saw the news of him kissing his male keyboard player, being raunchy and all during the American Music Awards performance last Sunday, all the negativity spruced up, complaints, cancellation of concerts, etc. When Madonna kissed Britney Spears at the 2003 MTV VMA, the news sounded differently, more of surprised and treated it as a shocking performance then. They even called it 'The Kiss'! 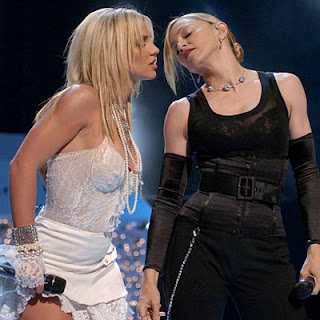 I wonder then... why the different public opinions? Is it right for women to kiss each other and it's wrong for men to do that? Is it because Madonna is heterosexual and Adam is homosexual? Is it because we are living backwards now instead of moving forward? Or probably because it was Madonna doing it so go figure!
Email ThisBlogThis!Share to TwitterShare to FacebookShare to Pinterest
Sections: Thoughts

yes I totally agree with you, I support Adam Lambert ;) he is such a great guy, I would say dont judge a book by its cover (or its sexuality) hmm whatever that means hehe.. ;)